Apart from the energy sector being the overlord of demand and supply of electricity, it plays an important role in the provision of food and water. However, the aspirations of utility customers are changing the dynamics of what it means to be a utility.

Technology and socio-economic disruptors are dramatically increasing the pressure on the
electricity ecosystem to modernise its outdated business model. To obtain more insight into this, ESI Africa attended the 13th edition of ELECRAMA organised by the Indian Electrical and Electronics Manufacturers Association (IEEMA).

Hosted in Greater Noida City,25km outside of New Delhi, India, the event brings together a vast array of transmission and distribution manufacturers as well as utility buyers from across the region and abroad.

This year, the ELECRAMA executive committee hosted a sideevent, the World Utility Summit, which addressed the 3Ds as a central theme: decentralisation, decarbonisation and digitalisation – seeking to find the ultimate utility of utilities.

“The electrical equipment industry is looking up after four years of lull; however, sector finance needs to improve to sustain growth,” says ELECRAMA Chairman Vijay Karia. With economic reforms underway and an annual GDP growth rate of about 7.2%, India is poised to become the world’s third largest economy in the next 15 years.

It is the electrical, industrial electronics and allied equipment industry that – through investment in research and development of storage systems – will support this growth trajectory, which includes government’s plan to introduce 6-7 million electric vehicles on India’s roads by 2020 to reduce carbon emissions.

However, he also stated that industry leaders must embrace digital technologies and come up with futuristic solutions to meet India’s growing need for sustainable power. “The industry must align itself with the government’s vision of LPG, liberalisation, privatisation, globalisation and brace up for global markets.”

“I am happy to know that for this edition of ELECRAMA, the thrust is on renewable resources, power storage and smart technologies that will change the paradigm,” he said, adding that the expo is an opportunity for Indian manufacturers to witness state-of-theart trends in various areas and forge valuable partnerships.

Vikalp Mundra, vice president of ELECRAMA 2018 and joint MD of Ujaas Energy, is adamant that there is no time to lose in managing the threat and opportunities that will arise from the changing utility business model.

According to Mundra, the World Utility Summit was the ideal opportunity to delve into the role technology has played in defining the new utility business models; and how utilities can take advantage of the emergence of distributed renewable energy resources to create new revenue streams.

He highlighted how ‘unicorns’ have positively impacted on trends within the utility industry over the past decade and his predictions of the role the companies will have in the energy industry in future. The ELECRAMA vice president defined ‘unicorns’ as new technology companies with a market revenue value of more than $1 billion.

These ‘unicorn’ companies operate in the information technology sectors.
Over the past decade, the energy industry has witnessed an increase in the number of ‘unicorn’ players, stated Mundhra. “The coming decade we project convergence of many
technologies including renewables, storage IoT, Artificial Intelligence, and e-mobility. These technologies will converge at a point resulting in the development of new and many
business ideas.”

He added: “The coming decade will belong to ‘electricorns’, utility companies who will embrace new technologies to come up with new business ideas.” According to Mundra, transformation in the utility industry has over the past decade been characterised by increases in solar uptake.

In response to ESI Africa’s question on how the transformation will impact on the energy industry in rural and urban communities, Mundra explained that solar PV will change the set-up of countries’ energy industries: “The future of energy will be fuelled by solar.”

Acknowledging that to date there are countries that have pulled ahead, while others are a step behind in solar adoption, he affirmed that solar generation will increase as a result of many factors including:

• Solar generation plants are quick and easy to build
• Majority of the countries are blessed with sunshine, and solar is cheap and free
• Solar capacity is easy to expand or modernise
• Solar is DER so it can be built at the point of consumption; there is a lot of saving, which would have been used for energy distribution and transmission

Mundra urged global utilities to align their business models with emerging technologies and regulations such as carbon emission reduction policies. “They need to know solar is a friend not an enemy to existing business models,” he stated.

Looking to other industries, he advised that utilities need to take as an example the transition that has been seen in the telecommunications industry. “Telcos have in the past relied on fixed telephones; the coming of wireless phones was seen as threat but as stakeholders aligned their models and incorporated new technologies, a wide range of new revenue streams were created.”

Primarily, ELECRAMA has been seen as a transmission and distribution (T&D) expo, but because of the convergence of technologies in the energy industry, electricity is no longer positioned in a silo; “hence a wide range of companies from different sectors are participating in this year’s expo,” Mundra explained.

This year’s expo displayed the current status of the energy industry and how IoT tech will improve the sector, specifically FinTech solutions. Ilkka Lakaniemi, Vice President: Digital Economy & Renewal at the Finland Chamber of Commerce, suggested that having an abundance of technology choices can transform any market, not just energy.

Speaking with ESI Africa on the sidelines of the World Utility Summit, Lakaniemi felt strongly that battery storage is a game-changer that will enable utilities to enter new markets. This could see the advent of “selling Mobility as a Service” and the idea of “rides not cars on the roads”. A further enabler for the utility business model is blockchain, which “within the distributed ledger technology (DLT) – also called a shared ledger – the key concept is that of a decentralised, trusted system for transactions.”

Lakaniemi added: “The idea is not to remove the middleman or traditional banks, who are afraid that DLT will take away their business – that’s not the case.
In fact, using blockchain technology gives an opportunity for the established players to gain more consumer pool for their services.” By getting involved in DLT, the banks “are allowing the trust to increase in the system so the people know that transactions are not being tampered with and that’s the most important thing about it”.

For Lakaniemi, advances in technology present vast pools of opportunity even for uniform institutions, such as regional power pools. “When you create these power pools, don’t stop your imagination there. Take into consideration whether those pooled resources could then be deployed for other types of services. This could be the platform to create or adopt innovation on top of an already existing one,” he explained.

The digital enthusiast gave the example of the Nordic energy market, which had liberalised its electricity markets, opening both electricity trading and electricity production to competition.

“In most of the [Nordic] countries, you obviously have different geographical areas and great differences on how you are able to produce power; as such this gives a country that doesn’t have hydropower capacity the capability to offer hydro generated electricity to its consumers.”

Prior to his current position, Lakaniemi was active in the mobile telephone sector, where he became acquainted with emerging markets such India and South Africa. Having knowledge of these markets, he was not surprised at the level of technology on offer at ELECRAMA. “I came here for ideas, for innovation – and have not been disappointed.”

Hosted every two years, the event showcases the latest offerings in equipment and technology across the entire ecosystem. This edition of the IEEMA event was themed on being relevant in a dynamic market and being part of ELECRAMA implies being part of the new era of electricity.

Moreover, IEEMA and the organising body of ELECRAMA help to modernise power systems for smart cities through self-healing designs, automation, remote monitoring and control, and where practical and economic the establishment of micro-grids. It is here that the ultimate utility of utilities can take shape. ESI 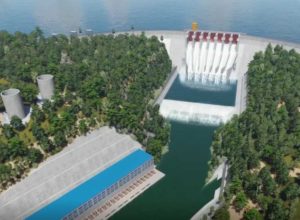