Donors from around the world have observed that Africa’s regional integration efforts are being undermined by inadequate infrastructure.

This in turn is due to the lack of bankable infrastructure projects in energy, transport, ICT and water and sanitation, which they highlighted could attract financing for implementation.

The donors consisting of Canada, Germany, United Kingdom and Spain, called on other countries to join them in increasing financial contributions to support infrastructure project preparation in Africa so as to accelerate Africa’s transformation.

The executive body of the Special Fund was composed of representatives from the contributing Donor Partners (Canada, Germany, United Kingdom, Spain, Denmark and Norway) as well as the African Union Commission and the NEPAD Agency.

The meeting took stock of the operations of the NEPAD-IPPF Special Fund for the first six months of 2017 from January to June 2017. Read more…

Receiving the Financial Report, the Committee Members noted the contributions to the Special Fund, which amounted to $90.5 million, most of which had already been committed to the preparation of regional infrastructure projects across Africa.

The Committee’s Chairman, Fiore Pace of Global Affairs Canada, speaking on behalf of the other donors noted that more funds are required given the increasing demands being made on the Fund by African countries, Regional Economic Communities and Power Pools among others, who are the main beneficiaries.

The AfDB Vice President responsible for private sector, infrastructure and industrialisation, Pierre Guislain said: “The core question is to deliver all-inclusive and sustainable infrastructure through well-packaged, bankable projects attractive to investors for financing adding that it is clear that to achieve this requires enhancing capacities and resource to existing Facilities such as NEPAD-IPPF; improved coordination by all players; and increased partnerships and co-financing.” 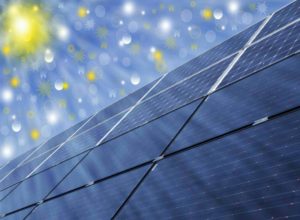