According to the report titled, ‘The Great Water Grab: How the Coal Industry is Deepening the Global Water Crisis‘, the world’s rapidly depleting  freshwater resources could be further diminished if the development of new coal-fired power plants worldwide go ahead.

Harri Lammi, a Greenpeace senior global campaigner on coal said in a company statement: “If all the proposed coal plants would be built the water consumed by coal power plants around the world would almost double.

“We now know that coal not only pollutes our skies and fuels climate change, it also deprives us of one of our most precious resources: water.”

According to the research findings, there are already 8,359 existing coal power plant units globally, which consume enough water to meet the basic water needs of 1 billion people.

The organisation stressed in a statement: “A quarter of the proposed new coal plants are planned in regions already running a freshwater deficit, where water is used faster than it is naturally replenishing, which Greenpeace calls red-list areas.”

According to the International Energy Agency, coal could account for 50% of the growth in global water consumption for power generation over the next 20 years.

Greenpeace research shows that if the proposed coal plants come online, their consumption of water will increase by 90%.

Penny-Jane Cooke, Greenpeace Africa climate and energy campaigner said: “In the midst of one of the worst droughts in a generation, it is clear that coal expansion in South Africa will have significant impacts on the country’s already stressed water resources, particularly in the Waterberg and Mpumalanga.

It is critical that the South African government recognises that replacing coal with renewable energy will not only help them deliver affordable electricity, but also deliver huge water savings. It’s more urgent than ever that we move towards a 100% renewable future.”

Greenpeace proposes three key policy steps, which, taken together, can turn around the coal industry’s water use: 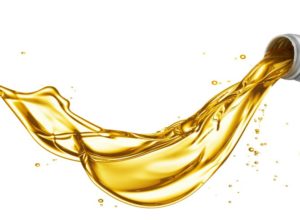