A Switzerland-based non-profit vehicle will soon bring to market a carbon currency, using blockchain technology to access the carbon market.

The venture, Poseidon – formally to launch in January 2018 – announced the launch of a partnership, which aims to bring carbon pricing to the mainstream by giving both consumers and corporates an economically viable, incorruptible, and transparent way of making sustainable transactions and lowering their carbon footprint in real terms, the NPO said in a statement.

The Paris Agreement underlined “that a global market for carbon credits is inevitable with a growing demand for emissions reductions and a need for complete transparency and trust in carbon accounting – The World Bank estimates the carbon credit market in 2030 will be worth $185 billion (from less than $50 billion today),” the venture explained.

However, even if those committed and reduced their emissions, the result would still not be enough to enable a safe climate.

Founded by Laszlo Giricz, the venture will use the latest technology, which “ will demystify and consolidate the market for carbon by offering a means by which it can be easily regulated, tracked, and monitored to reach its necessary size and scope,” the firm explained.

Speaking during New York Climate Week at the Sustainable Investment Forum, Giricz said: “There is significant scope for companies to capitalise on the increasing demands of their consumers, investors, and employees to demonstrate sustainability, responsible supply chains, and positive environmental action[3].”

Giricz alludes this statement toward EY’s The State of sustainable supply chains, which notes: “The first two months of 2016 saw 370 social and environmental resolutions filed against US companies by shareholders, many requested greater transparency about environmental management in supply chains.”

The founder continued: “As momentum builds, Poseidon’s blockchain technology presents an opportunity for early involvement in a transparent, accountable carbon market that can provide both financial and ecological returns, offering a host of benefits to natural ecosystems, and the habitats and livelihoods they support.” Read more…

The value of carbon credits

Understanding the value of carbon credits, the start-up explained: “Carbon credits represent a clear way in which companies and individuals can be empowered to offset the negative impact of their business and choices on the environment, by placing a value on the ecosystems that support our planet.

“In other words, we will all be empowered to give back to the environment what we take out.” 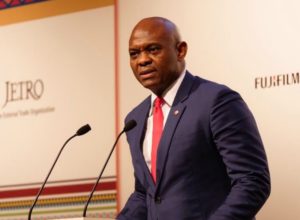