Somalia’s economy is projected to grow at an annual rate of 3-4%, according to the third Somalia Economic Update compiled by the World Bank.

The report aims to provide a comprehensive analysis of economic data, trends and outlook and sets out a series of recommendations to stimulate reform, growth and improved fiscal performance.

This report comes after the country faced its worst drought in decades. Somalia’s economy grew by an estimated 2.3% in 2017, down from 4.4% in 2016, reflecting the impact of enormous losses seen in livestock and crop production and exports.

The bank noted that Somalia’s economy has grown modestly in recent years, and it remains vulnerable to recurrent shocks.

Between 2013 and 2017, real annual GDP growth averaged 2.5%. Nonetheless, growth has not been sufficient to translate into poverty reduction.

“Somalia needs to continue to build the fiscal buffers to allow greater public investment in basic services. Recent efforts to broaden the tax base, enhance compliance, and reduce wasteful expenditures are starting to pay off,” Randa added.

The GDP estimate was revised upward in 2017, based on new information and data harmonisation with the International Monetary Fund (IMF).

The special focus of the report is on mobile money. Despite its fragility and underdeveloped financial institutions, Somalia has one of the most active mobile money markets in the world, outpacing most other countries in Africa.

Mobile money has superseded the use of cash in Somalia, with over 70% of adult Somalis using mobile money services regularly. This presents exciting opportunities for the country.

“Private sector actors have given Somalia a unique opportunity to leapfrog towards widespread financial inclusion. We will continue to support the partnership between the Central Bank of Somalia, the National Communications Authority and the key private sector actors as they deliberate on an appropriate regulatory framework for the sector,” said Tim Kelly, Lead ICT policy specialist at the World Bank.

The mass adoption of services – while impressive – presents opportunities for promoting financial broadening and deepening that will lead to more competition and contestability in the financial services market.

The challenge for policymakers and regulators is how to mitigate system vulnerabilities and avoid macroeconomic effects in the event of service disruptions.

“Reducing costs and promoting greater stability is a top priority for the overall development agenda for the financial sector, ensuring that regulation does not stifle innovation by levelling the playing field is a very close second. There is a need to improve the balance between cooperation and competition between banks, MNOs and other non-bank financial institutions and ensure better integration of mobile money within the broader financial system. This is key to deepening and broadening the financial services market in Somalia for inclusive growth.” said Thilasoni Benjamin Musuku, senior financial sector specialist at the World Bank Finance, Competitiveness and Innovation Global Practice and co-Lead Author of the SEU. 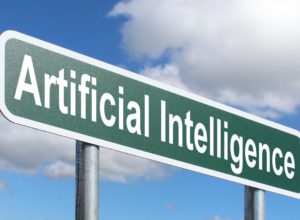 SA manufacturers – look to the next gen AI to improve...