Women in the African energy sector are on the rise and making an impact on delivering extraordinary change in a challenging environment. ESI Africa chatted to the 2014/2015 award winner of the African Utility Week Industry Award for the Outstanding Woman in Power/ Water and found a determined and courageous leader in Florence Nsubuga who is an executive director at the Ugandan power utility, Umeme.

As COO and now Executive Director of Umeme overseeing 1,600 direct and indirect employees your childhood gave no indication of the role you would have in Uganda’s energy sector.

Who would have thought so many years ago that as the only girl-child of four siblings my path would lead to Uganda’s electricity distribution utility and managing such an important public service. In Africa it is said that ‘it takes a village to raise a child’, and I was fortunate to grow up in an extended family environment. I went to a faith based girls’ only school where discipline and values were instilled in us. This I believe is the important cornerstone that gave me the courage to follow a career path probably not traditionally set out for women.

Your career has not always been in the energy sector. What has led up to your role today?

One of the early defining moments in my working career was during my first job as a sales executive in a company dealing in office equipment. When I had contracted a sale, which was ten times the average salesperson’s daily output, it dawned on me that there are no limitations to the possibilities that can be achieved. Through dedication, commitment to results and hard work – I held the power to succeed.

I joined the energy sector as a graduate trainee in 1996 and rose through the ranks to executive level at Umeme Ltd, an energy distribution company listed on the Ugandan and Kenyan stock exchanges. At the time of my intern year, the graduate training programme, which ran for two intensive years and hosted by the then publicly owned utility was a public entity, exposed me to the entire business.

Today I am managing 600 permanent employees and 1,000 contracted staff. I am proud to be the first female Executive Director to the board of Umeme Limited, a company and sector for which I hold so much passion.

Through my efforts together with the Umeme team, the country has been able to more than double the number of households that are connected to electricity over the past 10 years*. The increase in access to electricity has improved the livelihood of households and communities and Uganda and has been… 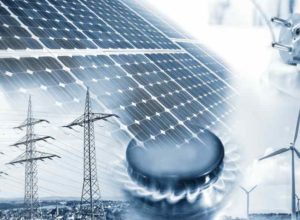