ESI Africa previously reported that Kalemani gave the instructions while he was on a tour, inspecting the progress off the Rural Energy Agency (REA) Phase III, which is stated to have achieved 94% success since it started.

During the inspection, the deputy minister discovered that although the project is in complete stages, there were some villages still left in the dark.

At that time, Tanzania Electric Supply Company’s Rufiji District manager, Basilias Kayombo, explained that they decided to skip the areas because some villagers were obstructing their work, including filing cases in court.

Gov to take action against contractors

Reiterating those directives was minister for energy and minerals, Prof Sospeter Muhongo, who over the past weekend said government will take serious measures including denying work permits to companies that will fail to meet the deadline in implementing phase three of the Rural Energy Agency (REA III) project.

Mohongo told the media that during the implementation of REA Phase III project, all villages that were left out during REA I and II phases will be covered.

He said the government would not allow any firm to become a barrier in its goals and that companies awarded tenders to supply electricity in those villages should meet their contract deadlines, media reported.

It is reported that Muhongo further stated that government’s intention to make Tanzania an industrialised economy would not be possible without reliable electricity in the country.

The energy minister said the government has decided to invest more than TZS800 billion ($353 million) in each region to ensure there is reliable power both in rural and urban areas, media reported.

He said in three years, all Tanzanians in rural areas will be connected to the national grid. 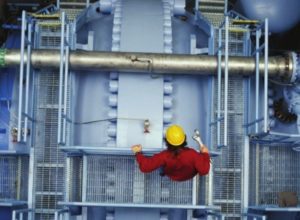 Water and energy savings solutions for the mining industry