Mismanagement and oversight could significantly limit Tanzania to benefit from the new oil and gas discoveries, reveals a new audit report.

The Controller and Auditor General, Prof Mussa Assad, has noted that Tanzanians may not fully benefit from their substantial oil and gas discoveries, the Citizen reported.

One significant example that Prof Assad singled out was the possible missed opportunities in job creation for locals and revenue collection.

Assad is also critical of the weaknesses in environmental management, which he says the government is not closely monitoring, media reported.

According to media his audit covered seven areas in the country’s promising oil and gas industry where opportunities abound for the government to take advantage of.

Tanzania recently became a new regional hotspot in hydrocarbon exploration after the discovery of 55.08 trillion cubic feet of natural gas both onshore and deep sea in the Indian Ocean.

Exploration activities are ongoing with BG Group, acquired by Royal Dutch Shell, along with Statoil, Exxon Mobil and Ophir Energy in talks to build the onshore liquefied natural gas (LNG) export terminal in the Lindi Region.

The report has revealed the weakness of the Tanzania Revenue Authority (TRA)’s capacity in assessing and collecting revenue from the industry for having to rely on a single source of information in verifying tax returns.

According to audit findings, the taxpayer is the sole source of information used by the tax authorities to assess liability for tax.

The report also disclosed that there is no independent quality review conducted on tax audits carried on oil and gas sectors due to lack of capacity.

According to the document, the revenue collected by the taxman from the oil and gas sector was below the TRA’s average of Sh208 billion ($93 million).

The audit on TRA capacity to assess and collect taxes found that TRA has no procedure that requires tax auditors to test the reliability and validity of sources of information.

“The formulation of tax audit team does not have a proper mix of set skills, such as experts in the field of oil and gas to assist the effective design of audit test, which is then linked to relevant sources of information,” the report states.

The study also evaluated the regulation for awarding contracts as well as licences for exploration. Read more…

It further states that there is no policy, regulations or guidelines that ensure participation of locals in the oil and gas industry as required in the production sharing agreements. 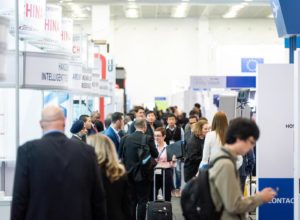