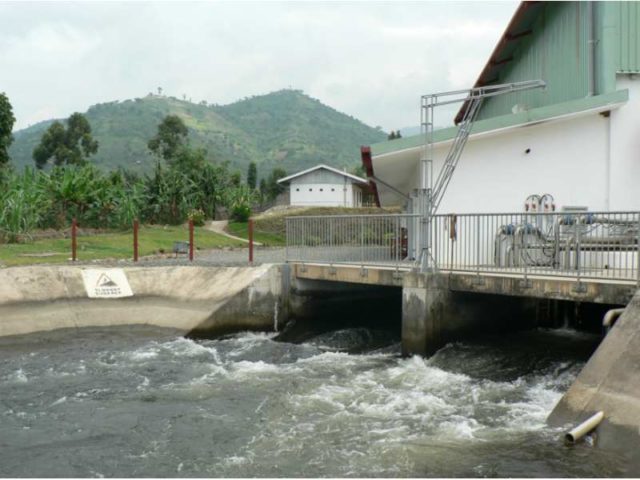 With a 12-year term, the proceeds from the refinancing will be used to repay EAIF the balance of its original loan to the project, fund repair works, and repay construction loans made by the project sponsor (who are indirectly the 100% shareholder in Bugoye), the Africa Renewable Energy Fund (AREF), managed by Berkeley Energy.

The plant, which has 98% availability, has been producing electricity since 2008, feeding power into Uganda’s national grid. The refinancing agreements were signed on 13th July 2017, with financial close expected around four weeks from then.

Uganda has received support from EAIF (eight projects) and FMO (10 projects) in the renewable energy sector in hydro- and solar power over the past 10 years. Together these facilities will account for up to 39% of Uganda’s installed generating capacity.

AREF is to use the refinancing proceeds to invest in other greenfield hydro-electric plants in Uganda. Details of the new project are expected to be announced later in 2017.

Nazmeera Moola, head of EAIF at Investec Asset Management (IAM), says: “The refinancing is a very good example of how a successful power generation facility can be used to mobilise fresh capital to build new capacity.”

EAIF is the Mandated Lead Arranger of the Bugoye refinancing, which was undertaken by EAIF’s managers, IAM. EAIF and FMO, the Dutch development bank, each contributed 50% of the $29.3 million loan facility.

“In refinancing Bugoye, EAIF and FMO are freeing up capital that AREF will use to develop greenfield renewable power stations,” explained Moola.

Moola continued: “That will add to Uganda’s economic potential by increasing the country’s generation capacity, and creating new jobs in construction and plant operation. We have been able to have added developmental impact because Bugoye is an established, efficient and viable business with a suitable risk profile.

“In backing the project, the leaders of EAIF and FMO demonstrated strategic, long-term, thinking and wholly constructive commercial flexibility.”

Nicholas Tatrallyay, investment manager at Berkeley Energy, added: “The Bugoye refinancing is one of the first refinancing for small hydro projects on the continent and is an important milestone for Uganda’s renewable energy sector.

“The Bugoye refinancing will allow AREF to invest additional capital into Uganda and further expand its portfolio of hydro projects in the country. EAIF and FMO are two of the most experienced and skilled providers of energy infrastructure finance in Africa. Both institutions have shown an ability to bring not only finance but real commitment to Africa’s economic progress.”

EAIF is a member of the Private Infrastructure Development Group (PIDG). Seven governments (and the World Bank) currently contribute funds to PIDG. In the case of EAIF, support comes from the governments of the UK, The Netherlands, Sweden and Switzerland, as well as private sector banks and FMO and its German equivalent, KFW.

Wilfred van den Bos, senior investment officer energy FMO adds: “FMO is a proud supporter of this project. This refinancing will free up capital that the owner will invest in other greenfield renewable energy projects. This is fully in line with our aim to positively affect peoples’ lives by supporting development, creating jobs and providing clean and sustainable energy to Uganda.”

Kenya must invest US500 million in electricity