According to a senior official at the state-owned power and water company, JIRAMA, the entity could see an unbundling in the next 3-years, NewsGhana reported.

“Our goal is to make the state-owned company JIRAMA independent of any state subsidy within three years,” JIRAMA Director-General Olivier Jaomiary, who was newly appointed to the position, told Xinhua in an interview.

“The problem of JIRAMA is not a technical problem but a governance matter,” Jaomiary said.

“We would like to lower the JIRAMA tariff by improving our equipment and networks in terms of quality and quantity,” Jaomiary added. Read more…

According to media, in efforts to reduce revenue-loss the utility has plans to install smart meters in 8,500 companies to monitor their true electricity consumption and be charged accordingly.

Jaomiary added that the power and water company will also accelerate the distribution of meters for new customers, media added.

The use of thermal power has according to NewsGhana pushed up the cost of electricity in Madagascar. The country is ranked the 16th for the social tariff and the 17th for the industrial tariff on 39 similar countries in Africa, according to the World Bank.

The coverage of electricity in Madagascar is still low with only 13% of its 23-million population linked to electricity, compared to 52% in Senegal and more than 75% in South Africa. Read more… 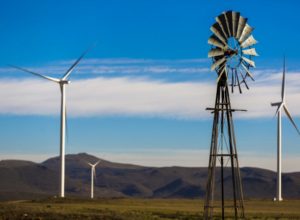