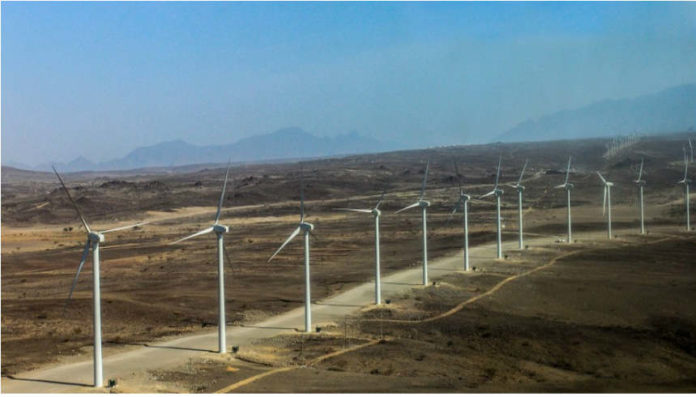 The Kenyan government has taken over the payment for the procurement of the power transmission line for the Lake Turkana Wind Power project, to ensure that the project completion date is met.

This decision is aimed at ensuring that the project comes to full completion by June this year, the Daily Nation reported.

It is reported that energy cabinet secretary, Charles Keter, said that government has moved in to pay subcontractors and suppliers owed by Madrid-based Isolux.

Media highlighted that in 2011, Isolux won the tender for the 428km high-voltage line, which was supposed to have been completed by the end of 2013.

However, Keter stated that the company owes the suppliers nearly Sh1.6 billion ($15 million) for the supplies. Read more…

“We want to deal with contractors directly and then seek reimbursement from the Spanish government. An account has been opened at Kenya Commercial Bank. The bank will issue letters of credit to suppliers to guarantee timely payments,” he said.

Keter added: “We want to give comfort to suppliers. We are working to beat the June deadline.”

Media reported that the deal will see government directly paying suppliers and recover the cash later from the €42.7 million ($45 million) balance due to be wired by the Spanish government, which is funding the construction of the power line.

The Daily Nation further pointed out that this development comes at a time when the government and Lake Turkana Wind Power Ltd are in battle over payment of a Sh700 million ($6 million) monthly fine for the delayed transmission line.

The total cost of the Loiyangalani-Suswa power line is said to be €142 million ($152 million).

On completion, the power line will evacuate electricity from the 300MW Lake Turkana Wind farm, which is boasted as Africa’s largest wind farm.

According to the Kenya Electricity Transmission Company (Ketraco), currently the power line is 60% complete, with a target finish date of June. Read more…

Keter said the debt and liquidity challenges at Isolux have greatly affected delivery of the power line, which caused the firm to miss a revised completion date of October 2016.