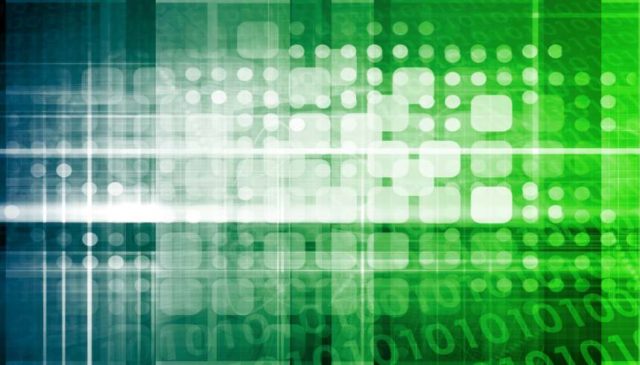 “All the countries in the East African region have put in place plans to fast track projects in order to increase their power installed capacity.”

Eng Joel Kiilu of Nemel Kenya Limited and is a member of the advisory board of the upcoming Future Energy East Africa, taking place in Nairobi from 29-30 November.

My experience in the power sector spans over 37 years. I was sponsored by the then East African Power & Lighting Company to study a Bachelor of Science degree in Electrical Engineering at the University of Nairobi between 1977 and 1980.

I commenced my career as an Assistant Engineer in the Power System Protection Section in the year 1981 after completing twelve months of training in all technical departments of the company. I climbed up the ladder, working in almost all regionals of the country, to the position of senior technical services engineer after which I held the following positions in the Kenya Power & Lighting Company: Area manager, Chief Engineer, Supplies Manager, Technical Services Manager & Chief Manager, Energy Transmission.

During my stay in the Kenya Power & Lighting Company Limited I had the opportunity to take various courses, attend many conferences and represent the company in official meetings and other functions within the country and Overseas.

I was appointed the first chief executive officer (CEO) of the Kenya Electricity Transmission Company (KETRACO) in February 2009, when the new company commenced its operations.  I built the Company from a staff compliment of 8 to 350 and asset base from $8 million to $700 million in six years.  I left Ketraco in 2015 after the expiry of two terms of 3 years each to start Nemel Kenya Limited.

I hold a BSc. degree in electrical engineering from the University of Nairobi, Master of Business Administration (MBA) from the same university; I have a certificate in Advanced Management Program conducted jointly by Strathmore University, Lagos University and UESE University of Barcelona. I am currently pursuing PHD in Leadership and Management at Management University of Africa (MUA).

I am registered as a professional engineer by the Engineers Board of Kenya (EBK) and a member of Institution of Engineers of Kenya (EIK).

Nemel Kenya was incorporated in 2014 and commenced its operations in 2015. The firm offers consultancy and advisory services to entities having interest in the Energy Sector.  Nemel Kenya clients include individuals, local firms, energy utilities and international organizations. Its areas of specialisation include: Feasibility studies, research, advisory on investment opportunities, renewable energy projects, management of project implementation and other studies in the energy sector.

One exciting project Nemel Kenya is currently involved in is a study to determine energy demand and analysis of consumption pattern in Kenya.  Nemel Kenya is the local sub-consultant to the Energy Institute Hrvoje Pozar (EIHP) of Croatia who is the main consultant. This is a project financed by the World Bank whose main objectives are to undertake a survey among households, industry and commercial consumers and collect data that will be analysed using the Model of Analysis of Energy Demand (MAED) survey.  This then will be used to assess the current energy consumption patterns of households and commercial/industrial sectors in Kenya in order to have useful primary data for policy and regulatory decision-making. It is expected that the output of this study will be a major input to the country’s Least Cost Power Development Plan (LCPD).

The role of Nemel Kenya includes communication, conversation with stakeholders, collecting information from stakeholders and conveying the same to EIPH for analysis.

What in your view are the main challenges that the power sector in East Africa is facing?

The main challenges in the Power Sector in East Africa are:

All the countries in the East African region have put in place plans to fast track projects in order to increase their power installed capacity.  Kenya plans to enhance power generation capacity by 5,000MW by 2018, mainly from geothermal, coal and renewable sources.  Tanzania plans to increase their installed capacity by 4,915MW, from natural gas by the year 2020. Ethiopia, on the other hand, intends to increase its installed capacity from the current 2,300MW to 17,000MW by 2020.  Efforts are afoot in Uganda and Rwanda to increase their capacities too. Probably, none of these countries will have attained their projected economic growth to match the planned power generation. The respective countries will be looking into exporting to the neighbours. Unfortunately there are no existing grid interconnections or the existing infrastructures do not have the necessary capacity to carry the envisaged power.

There is, therefore, need to fast track completion of the on-going energy projects intended to integrate the region in order to access competitively generated power.

Compared to many other parts of the world, the cost of power in the region is high, Ethiopia probably being the only exception. In Kenya, for example, the cost per unit of geothermal power is about $7 cents whereas that from thermal sources is about $20 cents resulting to a retail tariff of   over $17 cents. It is evident that high cost of electricity makes industrial production uncompetitive and therefore does not attract major industrial planting. Lack of industrial growth in turn keeps power demand suppressed and hence sustaining high cost of energy, as there are no economies of scale.  This is a scenario that is replicated throughout the East African region and it is likely to remain until such a time that the region enjoys sustained economic development that will increase demand.

Fortunately, the countries in the region are experiencing fast social economic growth which comes with rising living standards. In addition, average electricity connectivity in the region is below 50% and each country has ambitious plans to increase its connectivity. Considering that most the countries are expansive with highly dispersed populations there is need to expand both the transmission and distribution systems or develop isolated mini grids to reach most areas. The expansion of the power system requires huge resources forcing the countries to rely heavily on external financers to fund the expansion of the requisite infrastructure.

Matching installed capacity with actual demand remains illusive to many countries of the region.  Planning for future power requirements is tied to the projected economic growth that envisages increased power demand.  In many instances the countries in East Africa do not achieve the projected economic growths. Where a country embarks on massive investment in increasing power generation anticipating huge power uptake and it does not happen, this can gravely affect the cost of power. The reason being that benefits of economies of scale are not realised yet the investments have to be paid for.

This is the scenario that is likely to unfold in the region considering that each country is planning to massively increase their power generation by 2020. On the other hand, due to unforeseen factors, infrastructural projects are not realised fast enough to match the increased demand.  This has been the norm in the past leaving a lot of countries with less power than they require and hence resorting to load shedding.  Many potential investors shy away from the countries suffering inadequate and unstable power supply. Relevant skills are therefore needed to accurately forecast and match the demand with power generation.

And with regards to renewable energy in particular?

There is a lot of excitement about the development of renewable energy in Kenya.  The following firms have taken the lead in developing  power from wind and solar energy:  KenGen with 26MW from wind plant already connected to the grid, Lake Turkana Wind Plant with a capacity of 310MW ready to be connected to the grid and Strathmore University’s 600 KW of solar PV energy system also linked to the grid. There are a number of isolated solar PV mini grids in operation and very many solar units installed in homes and other institutions.

What do you see as particular challenges for renewable energy?

The main challenge with power from renewable sources is its high cost compared to the cost of power from other conventional sources.  As the Government of Kenya intends to have the cost of energy lowered to less than 10 US cents, the unit cost for generated renewable energy is currently in the range of 11 US units.  Therefore, addition of sizeable amount of energy from renewable sources with the exception of Geothermal will keep electricity retail tariffs up.

In Kenya, the installed capacity is just over 2,000MW with peak demand being 1,700MW. Considering that at present the installed capacity is sufficient to meet demand, any additional power from renewable energy can only be done in phases. This arises from the fact that power from wind and solar PV are inherently variable depending on the weather and time of day. This variability makes these sources unreliable, unless backed by water or battery storage, hence requiring installation of standby supply to cater for dips. This scenario comes with additional cost the up-taker or customers.

What in your view are the main opportunities currently?

There are many opportunities in the power sector. These include:

What is your vision for the industry?

A bright future with an interconnected system that will facilitate trade of competitively generated power in the region and stabilize the system enabling it to absorb more renewable energy.

How important is an event like Future Energy East Africa for the sector?

Future Energy East Africa is very important to the Industry because it is a learning forum, where participants exchange ideas and share what is trending in the energy sector.  It is a forum to network, understand what your neighbours are doing so as to strategize on how these plans and activities can be managed in order to be of mutual benefit to the players in the energy sector within the East Africa region.

This conference has a bright future. 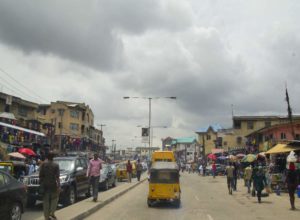