Unless India makes policy changes, it will not realise the ambitious target of installation of 175GW of renewable energy capacity by 2022, says GlobalData, an international data and analytics company.

Recently, India’s effort to accelerate its green energy capacity through an auction for 1,200MW hybrid projects suffered a major setback as the bidders stayed away from the proceedings.

This is the second renewable auction to have failed in October 2018, forcing the state-run Solar Energy Corporation of India (SECI) to extend the deadline for the fifth time. The tender for hybrid projects, which encompasses both wind and solar units at the same site, has now been extended till 14 November 2018.

Mohit Prasad, Power Analyst at GlobalData, says: “In spite of SECI reducing the tender capacity to half of the earlier announced capacity, investors kept away on account of policies associated with it. Policy mandates like tariff ceiling, safeguard duty and mandated manufacturing capacity are responsible for the investors staying away from the auctions.”

The government has set a tariff ceiling of $0.035/unit for the hybrid projects. Developers, on the other hand, feel that there should not be any ceiling since the tariff should be driven by the wind density, solar irradiance and the associated competition.

Another deal-breaker is that the tender is forcing developers to enter into the manufacturing sector, which is definitely not their core competence. In order to bid for a project of minimum 2,000MW of power purchase agreements, the developers are required to set up a 600MW of manufacturing facility. Read more: Indian solar installations in Q2 2018 Drop 52%

In addition, the government has offered a power off-take commitment for two years. Project developers feel that the commitment should be at least for five years so that there is a continuous flow of revenue.

“Furthermore, the decision to pass the impact of SGD to consumers while setting a tariff ceiling is also making the investors to channelise their investments in a different direction rather than investing in solar auctions.

“Unless the government does not make any policy changes, the developers would not be participating in auctions, which ultimately can derail India’s ambitious target of installing 175GW of renewable energy by 2022.” 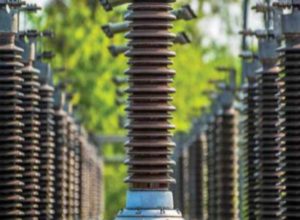 How to use modern solutions to advance your network capabilities