The Global Future Cities Alliance (GFCA) signed a Memorandum of Cooperation (MoC) with the China Association of Trade in Services (CATIS) to accelerate smart city development in China.

CATIS and GFCA agree to introduce leading technologies and methodologies into China, promote the construction and operation of standards and best practices and improve services of China’s smart city industry.

The MoC comes at a time when China is witnessing a fast development of smart cities. Read more: China is taking the lead in global clean energy, says IEA director

According to a report by Deloitte, China has about 500 smart city pilot projects, the highest number in the world.

Approximately $320 billion is expected to be generated in the Chinese economy from the smart city segment compared with $2 trillion market value worldwide.

Clean energy is also high on China’s list. In an exclusive interview with Chinese news agency Xinhua, Fatih Birol, executive director of the Paris-based International Energy Agency (IEA) said: “On the supply side, China is – and will remain – the largest global investor into all of the four main clean energy sources: wind, solar, nuclear and hydro.”

Speaking on the sidelines of the annual World Economic Forum in Davos earlier this year, Birol said: “It is encouraging to see that in recent years we have witnessed the acceleration of energy research and development in China, putting the country into a leading position in key technologies such as solar, battery storage or direct current transmission.” 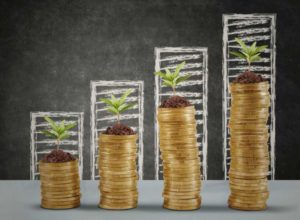