A global industrial gases company, Air Products, has secured a fueling station project, which is expected to be one of the largest in China in terms of fueling capacity when it becomes operational in mid-2018.

The project will be located in Rugao City of Jiangsu Province, eastern China.

The gases firm has participated in several of China’s demonstration projects, such as powering the official shuttle buses for the 2008 Beijing Olympic Games, 2010 Asian Games and 2011 Shenzhen Universiade. The hydrogen fueling station in Beijing has continued to serve local vehicles since the events concluded.

As part of its efforts to support China’s hydrogen energy industry, the gases company has joined the National Alliance of Hydrogen and Fuel Cell (NAHFC) organisation, which was co-initiated by China Energy and officially established in Beijing in February.

The alliance is a government-backed national platform to develop the hydrogen and fuel cell industry by consolidating resources and innovative technologies from key industry players and institutes.

The company has been involved in over 200 hydrogen fueling projects in over 20 countries.

The firm noted that several sites for certain hydrogen fueling applications are currently fueling at rates of over 75,000 refills per year. Use of the company’s fueling technology is increasing and accounts for over 1,500,000 hydrogen fills per year. 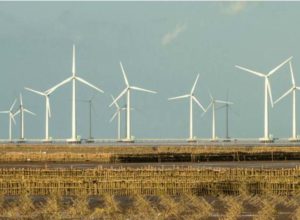 India must intensify policy reforms to drive wind beyond 50GW by...