A review by Xalam Analytics, of around 50 procedures of sanctions against telecoms operators across 20 African markets, shows that the number of fine procedures has increased.

Fines imposed on African telecoms operators are skyrocketing, notes Guy Zibi of Xalam Analytics, so what’s driving this trend and what impact is it having?

According to the report Another Fine Mess for African Telecoms, African governments have found a new, potent weapon in their efforts to “wring more cash out of the telecoms sector” in the form of regulatory fines.

Assessing the market from 2011 to 2017, the report announced that 2017 as a banner year. The number of procedures tripled from 2016 levels, “to nearly 20, with the number of fine citations nearly hitting the 50 mark.”

In terms of value – and excluding Nigeria’s imposition of a $5.2 billion fine on MTN in 2015, an outlier – regulatory fines and tax claims have averaged around $350 million per year during the past two years, more than ten times the annual average prior to 2015.

However, it must be noted that the analysis covers only the procedures that were engaged, as not all fines are ultimately paid and some procedures are challenged in courts.

In early to mid-January alone, new fines were announced against operators in Mauritania (a repeat offender) and Kenya, both for a variety of quality of service (QoS) and network coverage violations.

According to the report, MTN and Airtel are popular targets: “By our estimates, Airtel’s African operations have been the most targeted by government procedures, slightly ahead of MTN’s.”

The telecoms boom has made the sector something of a cash-cow for African governments, states the report.

Between licence, spectrum and a wide assortment of taxes and fees, telecoms operators have become some of the largest individual contributors to national budgets, accounting for between 5% and 15% of tax income.

New sources of revenue, such as mobile money (addressed in ESI Africa Issue 1 2018) have been more complicated to understand and tax.

In response to threats in the market, governments have chased other sources of revenue, hiking spectrum licence fees, introducing new or higher taxes, such as the hike recently imposed on operators in Chad (from 7% of revenues to 9%), and increasing the regulatory fine lever with renewed intensity, observes the report. Read more… 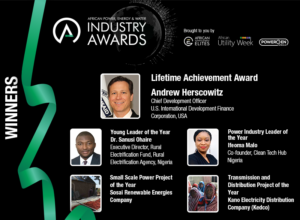