Bill Girling, hydropower development director at the International Hydropower Association (IHA), uncovers the complexities and challenges of operation and maintenance (O&M) of hydropower facilities across the world.

Base load plants with minimal daily load variation can operate over a longer period than plants operated to meet peak load requirements and frequency control operations, where significant start-stop operations may be required. The O&M of hydropower facilities is particularly challenging when the owners of aging facilities are faced with strategic asset replacement and/or refurbishment decisions.

For example, in North America, a significant proportion of the existing fleet of hydropower mechanical and electrical equipment is reaching its life expectancy. For this reason, project owners are often facing difficult economic decisions between overhaul and replacement.

In developed countries with significant hydropower assets such as Canada, US, Norway and Iceland, basic O&M practices such as regular inspections for cavitation damage
on turbine blades, stator and rotor windings, bearings and excitation systems are based on well established guidelines and are generally carried out under a scheduled work programme.

The key challenges facing project owners and operators is to develop an optimised asset management strategy that targets safety and maximises unit availability – with a fleet of aging assets reaching the end of their useable life, compounded by an aging workforce –
and to complete this work on time and on budget.

In less developed areas of the world, including many countries in Africa, South Asia and South America, a unique set of challenges for operating and maintaining hydropower assets exist. Often, developing nations face institutional challenges such as a lack of training to operate and maintain facilities, lack of dam safety enforcement and compliance, limited access to spare parts and lack of financial support.

Beyond these challenges, other regional issues can add an additional level of complexity to their O&M challenges; including climate extremes (droughts and floods) and sedimentation problems, which can compromise conventional O&M practices.

At a recent workshop hosted by the World Bank Group and SECO (Swiss State Secretariat for Economic Affairs) in Martigny, Switzerland, stakeholders from a broad cross-section of the hydropower community gathered to discuss O&M challenges, with a
specific focus on developing a better understanding of the main O&M challenges in several countries in Africa including Cameroon, Uganda, Rwanda and Sao Tome. A number of common O&M issues were observed consistently across all of these African countries.

In all cases, there was a preponderance of insufficient training on best practices in O&M and a lack of knowledge sharing across the hydropower sector. In most of these African utilities, there was no formal maintenance optimisation programme in place to prioritise
maintenance around available budgets and staff resources, to target the most critical components requiring maintenance; often resulting in extended forced outages and lost revenue.

Many African countries are dealing with inadequate financial resources to procure spare parts for critical components requiring replacement; often lacking the appropriate decisionmaking tools to put forward a business case for mitigating these preventable
forced outages by purchasing spare parts to keep on site. Insufficient financial support is also a barrier to most countries having the capacity to undertake any major rehabilitation or refurbishment projects.

Another common theme amongst African utilities is a loss of production revenue associated with sub-optimal operating strategies, resulting in lost revenue from inefficient unit operation and spilled energy, ultimately impacting funds available for ongoing maintenance. For example, in a case study of the Sanaga River complex in Cameroon, operational issues such as inconsistent, poorly defined operating rules and a lack of basin management strategies have resulted in increasing sedimentation of the reservoir.

In specific cases, political interference and cross-border disputes have severely restricted the utility’s capability to carry out optimal O&M practices. In Rwanda, the different legal status of two existing hydropower plants (Ruzizi I and Ruzizi II) and the recent creation of a new authority for water management of the Kivu Lake and the Ruzizi River have resulted in separate power dispatching between Ruzizi I and Ruzizi II.

In many countries in Africa, there is an absence of a regulatory framework to monitor safety of hydropower infrastructure and in particular a lack of enforcement around dam safety guidelines. In order for African countries to progress in terms of building the capacity and knowledge to implement successful O&M practices into their respective hydropower facilities, good practice guidelines need to be developed with the assistance of hydropower operators from developed countries, to ensure that the following O&M practices can be adopted:

Building capacity at the international level

The International Hydropower Association is working with international institutions such as
the World Bank Group to improve understanding of strategies for O&M in the sector and identifying international good practices.

The next meeting bringing together industry, financial institutions and government officials for that purpose will be the 2017 World Hydropower Congress, hosted by the African Union Commission from 9–11 May 2017, where O&M and modernisation issues will feature prominently.

This article is an extract from the 2017 Hydropower Status Report, which the IHA will publish in full in April 2017. www.hydropower.org 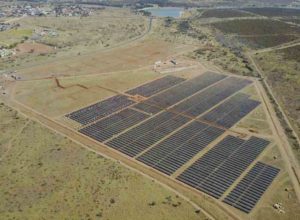