With rapid advancements in the R&D sphere and out the box innovative thinking, this worldwide beverage could disrupt the fuel industry.

New research has identified an active ingredient present in many beers worldwide, to be used as a renewable source of motor fuel able to replace diesel and gasoline with minimum or no engine modification.

The research was conducted by chemists at the University of Bristol, who managed to convert ethanol – an active ingredient found widely in beers, into butanol through petrochemical processes similar to those used for refining gasoline, Climate Action Programme reported.

Ethanol is already used to create renewable fuel sources mainly as a biofuel additive for gasoline.

Most commonly, ethanol is produced from biomass such as forest products, sugar cane, molasses and corn.

Professor Duncan Wass, the lead author of the study, explained: “One of the great benefits of using butanol as a fuel is that it can be used with current petrol cars with no or very little modification. This is a drop-in replacement for current petrol.”

“Ethanol would be converted into butanol in a large plant very much like the current petrochemical/refining industry, and then butanol would be put in the car by the consumer.”

Climate Action explains that butanol is similar to ethanol as a renewable fuel source only better, as the latter can be corrosive to engines and has lower energy density.

“Currently, the process is able to produce some hundreds of grams of butanol from beer, which is not enough to fuel a car’s tank yet. However, it is predicted that the fuel can be used on an industrial scale in no more than 5 years’ time.

“This means that butanol could act as the main source of transportation by approximately 2022,” Climate Action Programme said.

Professor Duncan Wass explained: “Alcoholic drinks are an ideal model for industrial ethanol fermentation broths as ethanol for fuel is essentially made using a brewing process.

“If our technology works with alcoholic drinks- especially with beer which is the best model, then it shows it has the potential to be scaled up to make butanol as a petrol replacement on an industrial scale.”

Climate Action further noted that the idea is not for beer to replace traditional resources, but rather for it to offer important lessons learned for the butanol technology to be further developed.

“If our technology works with alcoholic drinks then it shows it has the potential to be scaled up to make butanol as a petrol replacement on an industrial scale”, Professor Wass added. 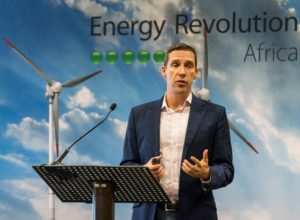