Generation protection testing differs from transmission and distribution testing primarily due to the greater number of complex elements that require testing on the protection device. Test engineers either test a few elements at a time with one test set or use two test sets simultaneously to provide an effective testing solution. Both methods have drawbacks. Using two test sets is not only costly but inefficient and cumbersome. These two situations can be averted by using Doble’s F6150sv for protection devices that have 120V and 1A nominal secondary inputs.

For a multi-function protection device of this type to protect a generator according to these elements, it requires instrument transformer secondary outputs. Figure 1 shows a single-line diagram of a typical section of a generator network found in a utility. 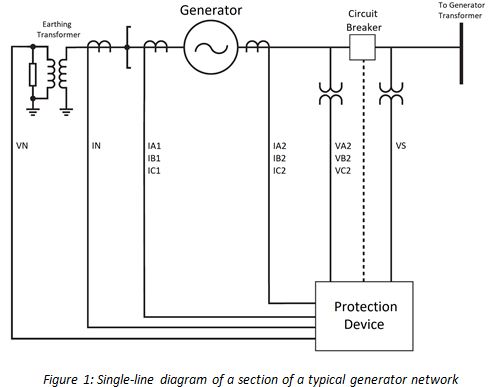 In total, seven currents are sent to the protection device.

Concerning the potential transformers, Figure 1 reveals that the following secondary voltage outputs are sent to the protection device:

In total, five voltages are sent to the protection device.

In summary, seven currents and five voltages are sent to the protection device.

Both these methods have shortcomings in terms of cost, efficiency and effectiveness. 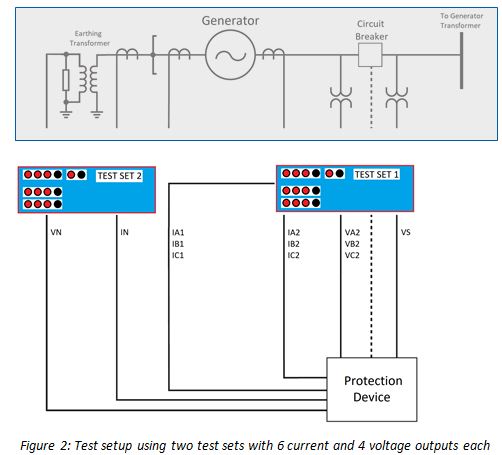 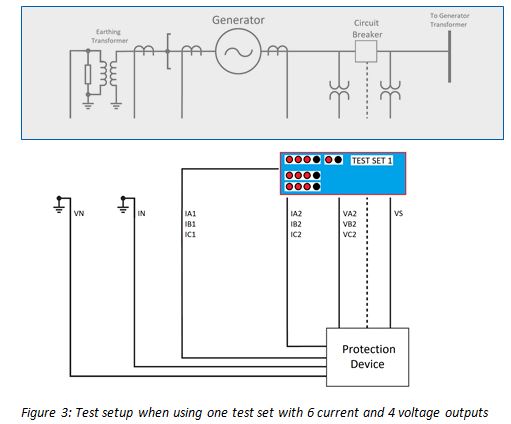 The problem arises when an element to be tested requires non-zero VN and IN inputs such as stator earth fault, neutral overcurrent and neutral overvoltage elements. Prior to testing these elements, the test procedure has to be disrupted and the protection device powered down to make the following connection changes:

The F6150sv enables testing of a generator protection device without the need for an additional test set. An F6150sv with the F6810 option has a total of 12 outputs, where six are dedicated current and 6 are convertible outputs. 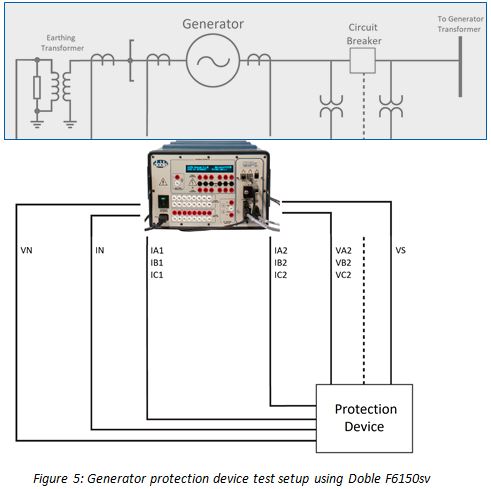 All protective elements typically used on multi-function generator protection devices can be tested with a single Doble F6150sv without the need to change connections between tests, which reduces the testing time, risk of incorrect connections and risk of damage to the protection device.

Doble’s solution is cost-effective and practical as one test set is required to test all elements.