The Egyptian Exchange (EGX) and the African Development Bank (AfDB) have jointly organised an investor roundtable in Cairo to promote the African Domestic Bond Fund (ADBF).

The Fund is set up to improve the liquidity and transparency of African local currency bond markets – a key step in expanding the continent’s capital markets, with Egypt playing a leading role, the Bank explained in a statement.

Read the latest industry news from the African Development bank

The event held 21-22 July, was well attended by a wide range of financial groups including representatives of the Egyptian asset management and investment industry such as the Egyptian Capital Markets Association, Egyptian Investment Managers Association, CFA Society Egypt and the Egyptian Society of Technical Analysts.

The African Development Bank country manager for Egypt, Malinne Blomberg, highlighted the importance of the ADBF in scaling up domestic capital markets in Africa by improving market knowledge and diversifying the investments available on the Egyptian financial markets.

Mohamed Farid, Chairman of the EGX, expressed his interest in new products in the Egyptian market which would attract new investors, provided they were compatible with Egyptian rules. He said that the EGX team is working on the possibility of listing the ADBF exchange-traded fund that tracks the Bloomberg African Bond Index (ABABI), which includes eight African countries.

Meetings were held with the African Development Bank mission to discuss the prospective listing of the ADBF. Meetings were also held with representatives from the Central Bank of Egypt, the Financial Regulatory Authority, as well as EGX representatives. The meetings also discussed the African Exchanges Linkage Project, the ongoing integration project between the Egyptian Exchange and six other African exchanges, and reviewed the possibility of linking all the African brokerage firms to increase cooperation between the African exchanges.

ADBF, is a Pan-African Fixed Income Exchange Traded Fund (ETF) sponsored by the Bank, to improve the liquidity and transparency of African local currency bond markets, by investing in local currency denominated sovereign and quasi-sovereign African medium and long-tenored bonds.

The Bank is an anchor investor in the ADBF with capital of up to $25 million approved by the Bank’s Board. The ADBF was listed on the Stock Exchange of Mauritius in September 2018 and the sponsors are considering dual listings on other African securities exchanges, including the Egyptian exchange.

The ADBF is one of the two pillars of the Bank’s African Financial Markets Initiative (AFMI), set up to help develop Africa’s domestic currency bond markets. Its exchange-traded fund provides an important source of funding for African governments and access to African fixed income markets in a cost efficient, liquid and transparent manner, offering diversification benefits and creating a benchmark for investors. 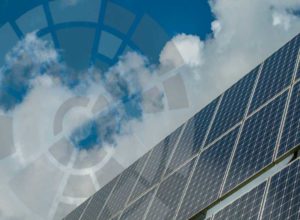