Will the impending regime change in Zimbabwe benefit the country’s energy and water sectors or will its impact worsen the current challenges?

The plight of Zimbabwe’s economy under Robert Mugabe’s corrupt regime is well documented but the 93 year old’s political relationships with South Africa’s Jacob Zuma and Mozambique’s Filipe Nyusi have managed to keep the lights on (sort of).

The exact makeup of the future government is still unclear but recently fired vice president Emmerson Mnangagwa is the most likely heir to the presidency. The question remains is whether Mugabe’s successor will have the same political weight to keep the electricity flowing.

At the time of writing, Mugabe was still refusing to hand over power to the army and pave way for a transitional government, but significant change is inevitable. Some optimistic reports even suggest opposition leaders Morgan Tsvangirai and Joyce Mujuru may be included in Mnangagwa’s government in some form.

Whoever is included in the new government, there are significant bills to pay.

In May, state owned newspaper The Herald reported the possibilities of Zimbabwe Electricity Supply Authority (ZESA) increasing its load shedding due to the company’s failure to settle $43 million in arrears to South Africa’s Eskom and Mozambique’s Hydro Cabora Bassa.

The country requires 1,400MW daily against a generating capacity of around 980MW.

Residential energy consumers in the capital, Harare, spend 17 hours a day without electricity due to massive load shedding by ZESA.

The load shedding is the result of a lack of funding for the rehabilitation of the Kariba dam and the Hwange Power Station. Likewise, expanding the country’s energy generation portfolio to meet growing demand has been impossible. Read more…

However, positive developments such as the installation of smart meters have been witnessed under the Mugabe regime.

ZESA says it improved its revenue collection by 35% over a period of five years since it started equipping consumers with smart prepaid meters. The utility has installed 590, 518 smart meters and has plans to invest $200 million to install 40,000 units by the end of 2019.

4,000 units have been targeted for installation before the end of the year and the rest are set to be deployed throughout 2019.

For the water sector, droughts in 2014 and 2015 led to the depletion of resources.

Moreover, municipalities and the Zimbabwe National Water Authority (ZINWA) ran out of funds to purchase water treatment chemicals, nor could they finance upgrade distribution infrastructure.

In areas like Chitungwiza municipality, 30km South East of Harare, residents only receive water for one day per week.

ZINWA blamed its lack of funds on consumers’ failure to pay bills. This pushed the Ministry of Environment, Water and Climate to order the installation of smart prepaid meters for all consumers and help ZINWA recover $140 million in water debts.

The coup has seen ministers, deputies and head of departments arrested and fleeing Zimbabwe.

The big question now is what effect will the coup have on investments and projects planned to improve the water and energy sectors.

Will the incoming government be able to assure service delivery in the short, medium and long-term future? 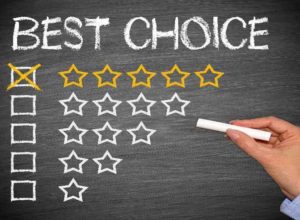