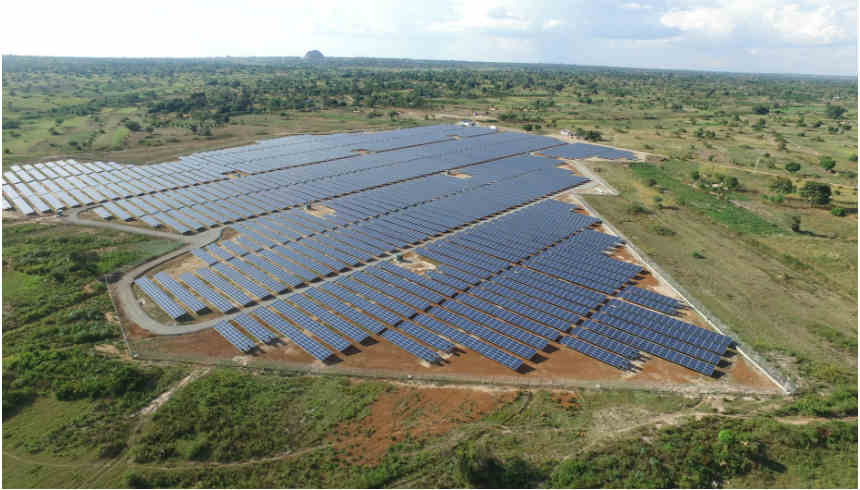 Uganda, together with renewable energy developers, celebrates the inauguration of the country's first grid-connected solar power plant in Soroti.

According to a press release issued by Access Power, the plant, which is made up of 32,680 photovoltaic panels, is the country’s first grid-connected solar plant and is also one of East Africa’s largest plants that will generate clean, low-carbon and sustainable electricity.

The project was developed under the Global Energy Transfer Feed in Tariff (GET FiT), a dedicated support scheme for renewable energy projects managed by Germany’s KfW Development Bank in partnership with Uganda’s Electricity Regulatory Agency (ERA) and funded by the governments of Norway, Germany, United Kingdom and the European Union.

“We are so proud of this outcome of our stable and favorable regulatory environment that has produced such a leading project in the east African region. We congratulate Access Solar and the people of Uganda upon this milestone.”

The $19 million Soroti Solar Plant is in part funded by the European Union – Africa Infrastructure Trust Fund through the GET FiT solar facility in the form of result-based premium payments per kWh of delivered electricity.

Commenting on the development, the H.E. Ambassador Kristian Schmidt, European Union head of delegation to Uganda, said: “The regulatory framework is conducive and government rightly recognises Uganda’s energy future must be renewable.”

Schmidt added: “It is great that this is now triggering private sector interest in solar power generation. The European Union is proud that our grant contribution ensures the realisation of the Soroti Solar Plant, and I hope this is only just the beginning for many more to come.”

The project is financed by a mix of debt and equity with the senior debt facility being provided by FMO, the Netherlands Development Bank, and the Emerging Africa Infrastructure Fund (EAIF).

David Corchia, CEO, EREN RE, commented: “Soroti solar plant is an excellent textbook example of how collaboration among key local and international stakeholders can result in the successful execution and completion of such a ground breaking project and in tangible progress in the spread of renewable energy across Africa.”

Access Power’s executive chairman, Reda El Chaar, said: “We are thrilled to have been given the opportunity to work with our European and Ugandan partners to bring to reality this flagship solar power plant.

“Soroti raises the bar on what can be achieved through teamwork and we look forward to more collaborative efforts to expand the footprint of clean energy across this mighty continent.”