Sustainable Energy for All (SE4ALL) Chief Operating Officer, Monika Weber-Fahr, said that to achieve 100% access to water and electricity, independent sectors need to work together. Weber-Fahr said this on Wednesday during an energy-focused keynote in Cape Town.

Efficient use of water and energy

It has been recorded that around 60-70% of water that enters a utility pipeline network, cannot be accounted for, confirming the need for a transformative approach around how both water and energy is utilised.

According to Weber-Fahr, the ability to strike a balance between the responsibility of power generation while remaining environmentally conscious in Africa is a false trade-off.

“If it was more difficult or more costly it would take much longer to feed renewables into your energy mix – this would be a trade-off – but the fact is it’s not. It’s as cheap or cheaper, it is much more available, particularly to the underserved population, and it is as easy and faster,” Weber-Fahr told Metering and Smart Energy International during an interview.

In an earlier report, ESI Africa reported that Denmark has been investing in sustainable technology in East Africa, with efforts to boost access to clean, affordable drinking water.

Denmark-based energy water solutions firm Grundfos has installed over 40 automated water kiosks in informal settlements in Kenya, which require only 20% of the energy utilised by normal water pumps.

According to the Danish firm, Nairobi’s City Water and Sewerage Company is currently installing these dispensers in its water supply networks.

Philip Gichuki, managing director of the Nairobi City Water & Sewerage Company was quoted saying: “By automating water kiosks in informal settlements, we are able to keep the prices low and secure payment for water services provided to consumers.”

Gichuki added: “This will help us address commercial losses due to illegal water use.”

With the knowledge of how critical it is to adopt an energy efficient approach to how business is conducted, both within the private and public sectors, South African Energy Minister, Tina Joemat-Pettersson recently launched the South African National Energy Efficiency Campaign.

The department of energy launched a new energy efficiency label that will become mandatory for household appliances.

Joemat Pettersson said it was an “uncomfortable truth that South Africa is among the least energy efficient countries in the world. When there is loadshedding, South Africans look for more energy, rather than saving energy.”

The energy efficiency labelling programme, which has been developed over the past four years, is based on European standards and will initially apply to a basket of 12 appliances. 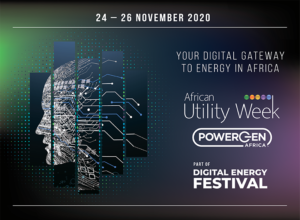