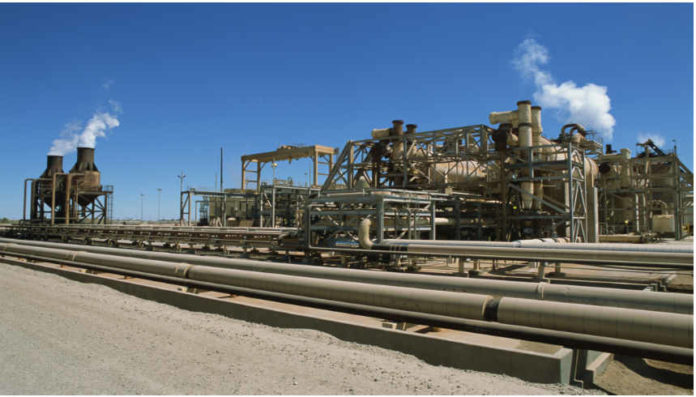 Speaking to local media in Dar es Salaam on Tuesday, Musomba said the gas pipeline is expected to reach 10% capacity from the current 6% after the completion of the 240MW Kinyerezi II plant.

“The gas pipeline full capacity is expected to be reached by 2022 where most of the gas-fired plants will be completed,” he said.

Media quoted him stating that currently it can be said that the pipeline is under-utilised due to the delays in the implementation of the gas-fired power plants.

Musomba said that the gas pipeline has been set up to reach its full capacity within a 10-year period, media reported.

The construction works of the Kinyerezi II worth $432 million was launched last year, with the government of Tanzania contributing 15% of the total project investment.

Other gas-fired power projects include the Kinyerezi III and IV. On completion of all the projects, the nation is expected to save up to $1 billion annually on oil imports for electricity generation, media reported. Read more…

It is reported that the Mtwara-Dar es Salaam pipeline and gas processing plants at Madimba and Songo Songo Islands forms part of government’s plan to add about 2,000MW of new gas-fired electricity generating power by next year to boost the capacity to 10,000MW by 2025.

Although all of these planned developments sound promising, a newly released audit report by Controller and Auditor General, Prof Mussa Assad, has revealed rather some demeaning findings regarding the new oil and gas discoveries. Read more…

Additionally, the country has recently made discoveries of 55.08 trillion cubic feet of natural gas both onshore and deep sea in the Indian Ocean, with international energy solutions companies declaring their interests in the exploration activities.

Royal Dutch Shell, along with Statoil, Exxon Mobil and Ophir Energy are said to be in talks to build the onshore liquefied natural gas export terminal in the Lindi Region.