The agreement for the construction of an 86MW PV solar park in Prieska, in South Africa’s Northern Cape has been finalised. The deal was signed between Sonnedix and Cape Town based, Juwi Renewable Energies. Under the agreement, Juwi will be responsible the physical construction and operations & maintenance of the solar plant. Once completed, South Africa’s power utility, Eskom, will receive electricity under a power purchase agreement signed with the project consortium. This particular project was chosen in the third round of the country’s Renewable Energy Procurement Programme (REIPP), headed by South Africa’s Department of Energy.

‘We are proud to realise this milestone project and delighted to, once again, be playing a key role in adding substantial amounts of clean energy to the South African electricity grid,’ said Greg Austin, Managing Director of Juwi Renewable Energies.

‘We are also proud that our efforts in designing the economic development aspects of the project brought the desire outcome.’

President of Sonnedix, Frank Constant was reported as saying, ‘This first closing in South Africa is a considerable milestone for our company. It confirms the growth strategy and added value of Sonnedix in new markets where clean renewable electricity is in high demand and cost effective compared to conventional power.’

The solar park’s construction will begin in the first quarter of 2015. 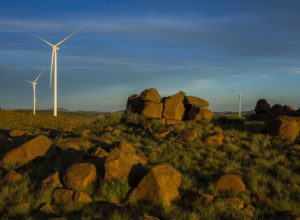