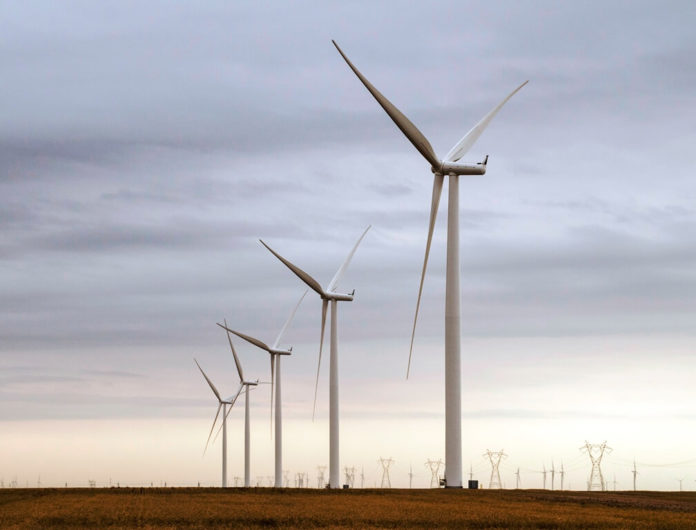 The foundations are designed using an 89% replacement of cement, one of the world’s lowest carbon wind farm foundation footprints, the company statement explained.

[quote]The company stated that it is targeting to complete all of its 61 foundations by mid-December this year, with over 100 workers employed from the local area for this project.

According to the wind farm, it is utilising extremely low quantities of Portland cement in the concrete formulation of its wind turbine foundations, of which the same formulation has been successfully used in the completion of the foundations at its sister farm, Loeriesfontein Wind Farm.

“This revolutionary formula has been tested in the adjacent wind farm and we are confident to continue to use it in our foundations. The insights gained have allowed us to continue to test lower levels of Portland cement,” Foster added.

Composition of the cement

A company statement explained that the bases use a unique design comprising 35kgs of high grade Portland cement per cubic metre, almost 90% less than a standard concrete mix. This composition means that the wind farm’s carbon footprint is reduced to approximately 90.7kg of carbon dioxide per cubic metre.

“Cement manufacturing is typically a high energy intensive process; so by substituting the cement with a by-product the carbon footprint has been considerably lowered,” Foster said.

According to the company, a twenty-eight day compressive strength test was completed when the formulation was originally tested; it indicated that the 89% replacement ratio achieved an impressive strength of 55MPa (megapascals) and an expected ultimate strength of 100MPa, within a fifty-six day period.

Foster added: “The achieved reduction in our carbon footprint is phenomenal, especially considering that a standard 30MPa concrete as supplied by the ready-mix industry equates to a carbon footprint of approximately 300kgs to 350kgs of CO2 per cubic metre.”