This was the sentiment expressed by two speakers during a technical workshop on renewable energy, staged at African Utility Week, held last week in Cape Town.

Gracia Munganga project and business development engineer at Anaergia, a clean energy solutions firm, said the challenges associated with the REIPPP programme for biogas has been the previous ceiling price of 90c/kWh and the fact that 5MW was the minimum size for projects in the programme, whereas most biogas projects are typically below 1MW.

“The average biogas plant in Germany is 440kW, hence why the absence of previous bids submitted under the REIPPP programme for biogas projects,” explained Munganga.

However, Munganga noted that successes have been achieved with landfill gas and biomass projects. She added that biogas growth in South Africa is still in its infancy consisting of some 300 digesters, most of which are rural or domestic, and 10 commercial plants with approximately 14MW installed capacity.

She compared South Africa’s development with that of Germany, which has 4GW installed biogas energy and 9,035 biogas plants.

Also speaking at the event, Horst Unterlechner, technical director at iBERT, a biomass company, said the Department of Energy has recently adjusted its regulations, which now allows biogas plant developers to connect 400V to the national grid.

However, South Africa’s state-owned power utility, Eskom, according to Unterlechner, is still holding on to old regulations, which seeks to protect its network. “Eskom must open quotations for the connection point,” he said.

iBERT operates six plants across the country, which utilise different kinds of feedstock, including abattoirs and piggeries. Unterlechner further stated that there is a lot of potential from farmers to produce sufficient energy that could feed into the national grid.

He highlighted that he has conducted research, which indicated that with 3,500 dairy farmers in the country, 20% of them have the potential to produce approximately 1.8GW of electricity, that is excluding pig and chicken farmers.

Munganga noted that strides have been made to improve the biogas sector citing the establishment of the Southern Africa Biogas Industry Association (SABIA).

The association, established to promote the needs of industry stakeholders, is set to pave the way to a “fruitful and prosperous” biogas industry in Southern Africa, benefiting the geographic region economically as well as contributing to sustainability. 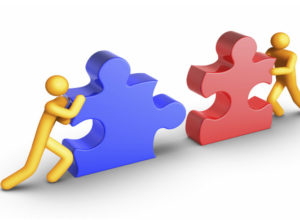