On Friday, South African non-profit organisation, OUTA, will be challenging state-owned power utility Eskom, and the National Energy Regulator of South Africa (NERSA), on the utility’s application for a 16.6% electricity tariff increase. The NPO has contracted energy analyst and former Eskom executive, Ted Blom to represent its case.

The utility is requesting a claim of ZAR22.8 billion ($2 billion) through a regulatory clearing account (RCA). This is for the first year (2013/14 period) of the third multi-year price determination (MYPD3).

According to OUTA, “this is unjust and that most of the claim should have been averted through more prudent management in numerous areas, by Eskom’s leadership.”

OUTA Energy spokesperson and energy analyst, Ted Blom said: “Besides the strong case that has already been made against the unaffordability of the proposed back payment and future increases, there are glaring concerns that speak to the inefficiencies within Eskom which we believe must be urgently addressed.

“From its once respected position at the turn of the century as a leading low cost energy generator, Eskom has sunk to the bottom quartile of energy production utilities in the world, with electricity costs having escalated by over 500% in the last 10 years.”

[quote]On Friday, Blom will be representing OUTA on the NERSA public hearing platform, challenging both the utility and the regulator on various points, which OUTA has highlighted through a thorough examination of Eskom’s RCA application.

To quote OUTA, the following points will be raised at the meeting:-

Eskom uses its previously inflated and inaccurate sales and demand projections to justify tariff increases in an effort to claw back it’s “loss of income” and over-expenditure: Eskom intends to claim electricity costs and revenue from the public for electricity production it projected, but which it did not in fact generate, and thus did not incur any variable cost in generating.  This is akin to a service provider charging somebody full price for a service it said it would render, but which it in fact never rendered, or claiming from insurance for a loss envisioned, but that didn’t occur.

Eskom intends to pass a preventable and unfair over-expenditure (estimated at ZAR10 billion [$625 million]) onto consumers: Eskom questionably employed overly-expensive Diesel Turbines when coal-fired Infrastructure was not running at full capacity, and intends to pass a ZAR8 billion [$500 million] bill related to diesel consumption on to consumers. Eskom is compensating for its lack of maintenance on vastly cheaper coal-fired stations, and the public thus requires absolute transparency on whether it remains necessary to continue utilising diesel turbines when cheaper coal fired generators are not even running near full capacity.

Eskom passes inflated costs of coal, diesel, and transport on to consumers, and absolves itself of responsibility for controlling what it sees as “push through costs” it has “no control over”: The price Eskom has found acceptable to pay its suppliers for coal has increased on average at more than 20% per annum. Furthermore the price it pays for diesel through middlemen in some instances is over ZAR16/L, even when the landing costs for diesel has consistently been close to ZAR5/L. In some instances, Eskom pays more than double the price of coal paid by other commercial buyers in the market. As Eskom is the biggest buyer of coal and diesel in the country, it should be able to exercise considerable bargaining power in procuring the lowest cost of diesel and coal in the country. We believe that Eskom’s procurement practices provides favourable enrichment to a series of selected suppliers. The public require transparency on who the suppliers of the high-cost diesel, coal, and transport are, and therefore deemed to be profiteering from the apparent inflated costs.

Electricity Exported at a Loss?: Since the South African power grid is an integrated system – and in light of the greatly inflated cost of generating electricity using diesel turbines – transparency and scrutiny is required to demonstrate that the South African public has not in effect been subsidising neighbouring countries.

Eskom’s serial failure to maintain its assets since 2010: Eskom needs to clarify the continuous failure to adequately perform maintenance on its assets since 2010, culminating in extensive blackouts and job losses in recent years. The ZAR70 billion [$4 billion] previously earmarked for maintenance (which has not been executed), needs to be accounted for, and if misspent/misallocated, should be credited to the RCA account, resulting in an electricity price decrease.

We have concerns surrounding questionable over-expenditure on salaries and the capitalisation of human resource costs, as well as Eskom’s asset valuation methodology: practices which we believe are not in line with International Financial Reporting Standards (IFRS). These are matters we will be looking deeper into, and will be reporting on at a later stage.

“If NERSA is serious about executing its mandate and responsibilities to the public, we expect no increase (or possibly even a decrease) in the tariffs,” OUTA said in a company statement.

With efforts to support the public’s plight of incurring higher tariffs, OUTA is urging the public to comment on this matter, where OUTA will act as the mouthpiece to convey public concern. This can be done on the OUTA website. 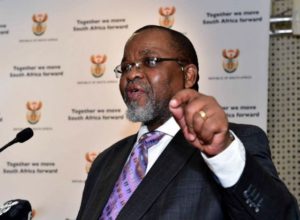