Shock as SA gets another new energy minister 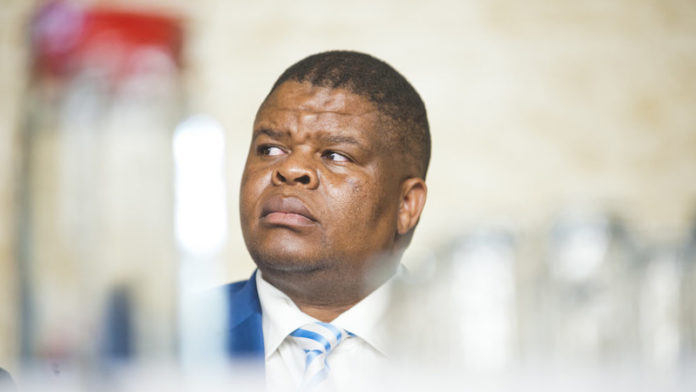 In a statement issued by the Presidency today, President Zuma announced that the department of energy will now be headed by David Mahlobo, axing Mmamaloko Kubayi.

In reaction to the news, the DA leader Mmusi Maimane said the appointment of Mahlobo is a thinly-veiled attempt to get the controversial, multi-billion rand Russian nuclear deal back on track. Mahlobo was previously the state security minister.

David Mahlobo as Energy Minister is clearly an attempt to reignite efforts to chain SA to a Russian nuclear deal. #CabinetReshuffle

In justifying the reshuffling, Zuma said after careful consideration he decided to make the following changes to the National Executive:

–       Ayanda Dlodlo is the Minister of Home Affairs

–       Mmamaloko Kubayi is the Minister of Communications

–       David Mahlobo is the Minister of Energy

–       Bongani Thomas Bongo is the Minister of State Security

–       Buti Manamela is the Deputy Minister of Higher Education and Training

The ANC also commented on the shocking announcement, insisting that the organisation’s top six were also in on the decision.

“I thank the former members of the National Executive for good service in their previous portfolios. I wish the members who are assuming new portfolios all the best in their new responsibilities,” said the President.

While the President’s decision is final, this announcement has left many abuzz and social media buzzing with different views on the matter.

Below are some of the political comments:

Malema: I don’t think this is the last reshuffle that we will see. The real stuff will be before the conference,soon afterwards. #EFFPresser

Ministers who have served a mere 6 months moved to new positions. No strategy in this #CabinetReshuffle. Key is gas deal at energy.

Zuma’s reshuffles are never informed by genuine effort to improve the state but rather by self-preservation and further looting opportunity.

This announcement comes hot on the heals of Eskom obtaining environmental approval to construct the Nuclear-1 Power Station and associated infrastructure at the Duynefontein site in the Western Cape.