SacOil Holdings announced that it has signed a cooperation agreement with various firms for the construction of a $6 billion natural gas pipeline in Mozambique.

On Tuesaday, SacOil announced that a consortium including the Empresa Nacional de Hidrocarbonetos E.P (ENH), Profin Consulting Sociedade Anónima (Profin) as well as the China Petroleum Pipeline Bureau, have signed the cooperation agreement that enables the development of a natural gas pipeline from Northern Mozambique to Gauteng, South Africa to commence.

[quote]SacOil’s CEO Dr Thabo Kgogo defined the signing of the agreement as paving the way for speedy and effective construction and implementation of the natural gas project.

“It [the agreement] confirms the financing commitments required for the pre-investment and engineering studies phases of the project, and paves the way for its speedy and effective construction and implementation.

“The agreement brings together a wealth of expertise as a pre-investment consortium that will focus on bringing the project to bankability, assuring that a solid investor group is drawn from China, Mozambique and South Africa.”

According to the company, the 2,600km, large-diameter transnational terrestrial pipeline will transport natural gas from the Rovuma Basin, northern Mozambique to South Africa’s Gauteng Province, while delivering gas to key towns and settlements in Mozambique.

“The project offers numerous benefits to Mozambique as it stimulates industrial growth, makes energy affordable to a greater proportion of the population, reduces carbon footprint and emissions taxes as it promotes clean energy, and reduces oil imports,” the company added.

According to the partnership agreement, ENH is the main statutory agency, which will be responsible for the development of Mozambique’s hydrocarbon industry, while Profin will be tasked with the lead role of ensuring that Mozambican private sector associate with the project.

On the other hand, the China Petroleum Pipeline Bureau has been awarded the engineering-procurement-construction contract.

“We look forward to working with these organisations in solving the energy demands of the SADC region,” Kgogo stated.

He added: “The Mozambican gas project, and each of its milestones, is a major achievement in our strategy to become a leading Pan African oil and gas company engaged in upstream, midstream and downstream activities.” 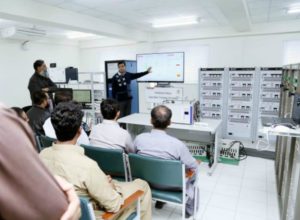