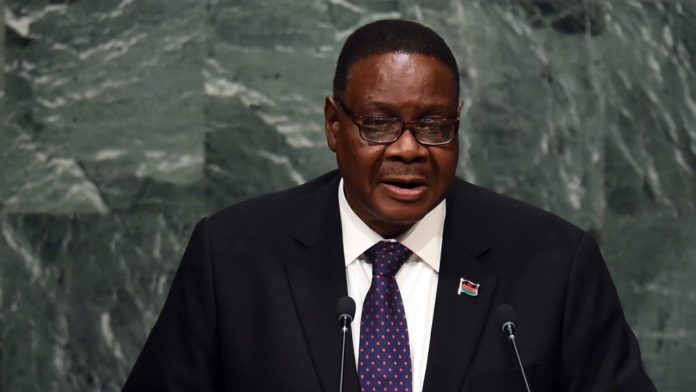 Earlier this week, while meeting with Dana Hyde, CEO of the Millennium Challenge Corporation, President Mutharika said the compact project has made great progress, demonstrated by signing seven out of the eight major work contracts.

According to the media, Bright Msaka, minister of natural resources, energy and mining said: “About 31 independent power service companies have shown interest to help ESCOM in the energy sector.

[quote]“So far seven of these companies have signed Memorandum of Understanding to start their work and we hope the rest will also do the same.”

The media also reported that Mutharika said that under the power sector reform component of the compact the restructuring of the electricity power market is progressing well.

“ESCOM will soon split into two parastatal companies. We will have a new generation company that will compliment independent power producers in generation of electricity,” Mutharika said.

The president also affirmed government’s commitment to improving access to quality and reliable power, which according to him will stimulate economic growth and reduce poverty in the country.

“For us to achieve this number we require to increase the current 351MW power generation to more than 2,500MW in the next 5-10 years.”

Malawi to join the SAPP

Mutharika further stated that currently Malawi is not connected to the Southern Africa Power Pool (SAPP), but he said with support from the US government through the Compact and upon completion, the country will have sufficient structure and infrastructure to connect to the SAPP for import and export of power.

“The 132kV new Bwengu Substation in Mzimba will be landing and take-off point for the Tanzania Interconnector,”he said.

Commenting on the development, Hyde said: “The important work that has been done so far is the work and reforms that are taking place in the energy sector, which aims at turning it into a regional power sector.”