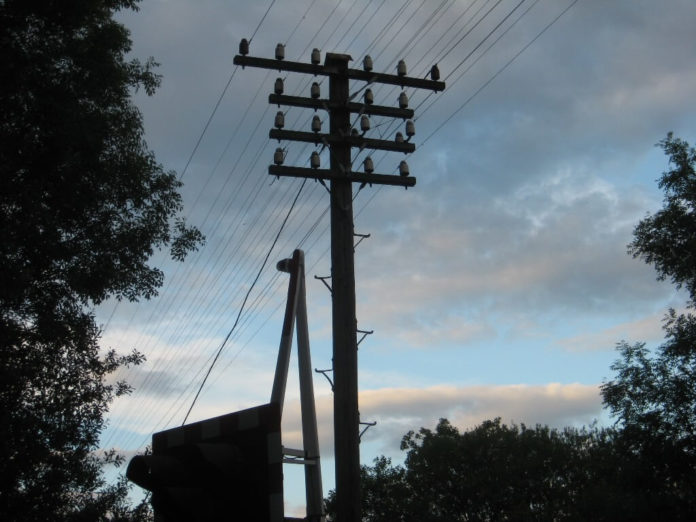 According to an internal analysis conducted by Kenya Power, criminal acts related to vandalism and theft of electricity, rose by 77% to 257%  in the half year to June 2016, compared to the same period last year.

The utility highlighted in a statement that the increased arrests is due to a concerted effort by Kenya Power and police to crack down on illegal connections, vandalism and theft of the company’s property.

During the recovery operation, ten poles, a prepaid meter and 1,200 metres of conductors were recovered at Sitotwet and Sambochi areas of Kericho County.

A suspect, Erick Kipkurui Koech, was arrested by parastatal security and the police following the operation to track down construction of illegal lines on Wednesday.

Koech will be charged in court for vandalism, illegal installation of power equipment and for being in possession of stolen electricity conductors, the utility stated.

“At the same time, teams drawn from Security and Operations and Maintenance departments have recovered 500 metres of aluminum conductors and two prepaid meters through a joint operation carried out at Syokimau, in Machakos County, boosting efforts to fight vandalism and theft of electricity.

“Elsewhere, a notorious fraudster James Opiyo Akal, who is responsible for construction of illegal lines was arrested at Utange area within Kisauni sub-county,” Kenya Power added.

Earlier this month ESI Africa reported that Kenya Power was recently co-joined in ‘Operation Usalama’, a joint operation by security agencies within the eastern Africa region that aims to track down international crimes such as theft of copper cables, terrorism, mineral smuggling and human trafficking, among others.

The utility said at the time that cases of vandalism reduced by 17.1% during the first quarter of this year, improving the quality of power supply by minimising interruptions originating from tampering with transformers and conductors.

Major Geoffrey Kigen (Rtd), Kenya Power’s Acting Manager for Security Services, said: “There have been significant gains in the fight against power theft and vandalism.

“This is attributed to enhanced surveillance across our network. We will endeavor to maintain the cordial relationship with the members of the public and the security agencies to help maintain a downward trend in this aspect.”