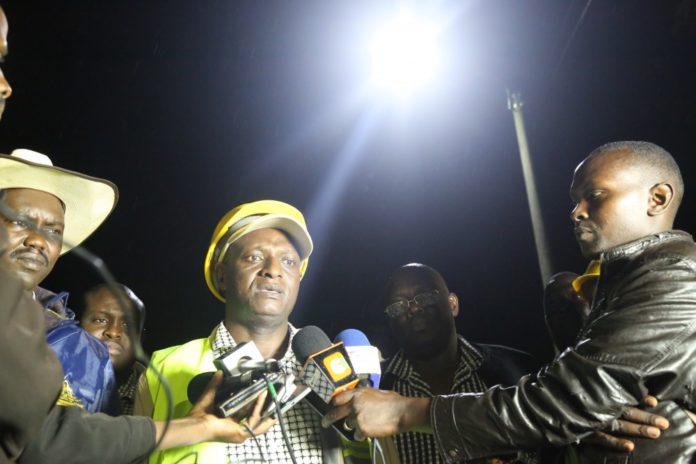 [quote]In a company statement, Kenya’s state-owned power utility, Kenya Power, said that Government has secured a total of $621 million from various donors to finance the Last Mile Connectivity Project, which is aimed at driving national electricity access to 70% by 2017.

In addition, the project aims to achieve universal access by 2020 in line with the country’s development plans.

Keter disclosed that the second phase of the project has received $118 million pledge from the French Development Agency and an additional $68 million from the European Investment Bank.

These funds will be pooled together with the initial funds totaling $433 million from the African Development Bank and the World Bank.

Adressing delegates at the launch, Keter said: “The commitments bring much needed cash injection to enable the Government and Kenya Power [to] provide subsidy for electricity connections to Kenyans.

To the Government, provision of electricity is a critical ingredient to spurring economic development in every part of the country.”

Kenya Power’s Managing Director and CEO, Ben Chumo, said the Last Mile project will support the company’s objective of connecting over 1 million Kenyans to the grid annually as part of its business growth strategy.

Under the connection programme, households within a 600 metre radius from a transformer will be subsidised at a cost of $148.

In a company statement Chumo explained: “While the funds are a loan to the government, the same is on-grant to Kenya Power to be used for implementation. It is therefore critical that the funds are utilised equitably across the country.

To be equitable, the funds will be applied to selected transformers across the country, and as much as possible be spread to constituencies.”