According to the Sinohydro chief representative in Zimbabwe, Wu Yifeng, the Kariba South Power expansion project is on schedule.

Speaking to the Herald, Yifeng said about 86% of work on the Kariba South Power expansion project has been completed with the first unit expected to start generating 150MW by December this year.

“The first unit is about to be completed so we expect that it will start generating 150MW in December this year while the second unit will be commissioned in March next year. That means the Kariba South expansion project would have added 300MW to the national grid by March next year,” Yifeng stated.

This project forms part of the Zim-Asset scheme, under the Infrastructure and Utilities Cluster by adding 300MW of power and easing pressure on the national power utility ZESA. Read more…

Media reported that completion of the power scheme will see the country making huge savings on power imports, as it currently imports 350MW from neighbouring countries including South Africa and Mozambique.

The country needs about 1,400MW for industrial and domestic use against a generating capacity of 900MW, leaving the balance to be covered by imports, media reported.

According to the Herald, Yifeng also dismissed media claims that the African Development Bank has blacklisted Sinohydro from carrying out its sponsored projects on the continent.

“The difference is the money that the employer, who is the Zimbabwe Power Company, spends on paying consultancy firms and on securing bank loans. That money has nothing to do with Sinohydro.”

Yifeng further explained: “Yes, the Zambia project was $278 million while for Zimbabwe it is $355 million. This is because of the differences of scope of works, construction duration and the date when the contract was signed.” 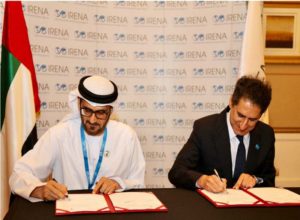