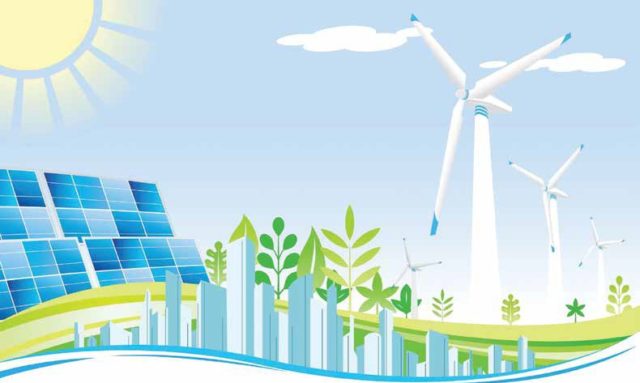 The report, Renewables 2017, notes that new solar PV capacity grew by 50% last year, with China contributing about half of the global expansion.

For the first time, solar photovoltaic (PV) additions rose faster than any other fuel, surpassing the net growth in coal, the report says.

The renewables market analysis states that the clean energy sources have been boosted by solar PV market, and as such has accounted for almost two-thirds of net new power capacity around the world last year, with almost 165GW coming online.

“We see renewables growing by about 1,000GW by 2022, which equals about half of the current global capacity in coal power, which took 80 years to build,” said Dr Fatih Birol, the executive director of the IEA.

Birol added: “What we are witnessing is the birth of a new era in solar PV. We expect that solar PV capacity growth will be higher than any other renewable technology through 2022.”

This year’s renewable forecast is 12% higher than last year, due to solar PV upward revisions in China and India.

Three countries: China, India and the US, are predicted to account for two-thirds of global renewable expansion by 2022.

Total solar PV capacity by then is forecast would exceed the combined total power capacities of India and Japan today.

In power generation, renewable electricity is expected to grow by more than a third by 2022 to over 8,000 terawatt hours; equivalent to the total power consumption of China, India and Germany combined.

The growth in renewable generation is expected will be twice as large as that of gas and coal combined. Though coal remains the largest source of electricity generation in 2022, renewables close the generation gap with coal by half in just five years.

China remains the undisputed leader of renewable electricity capacity expansion over the forecast period with over 360GW of capacity coming online, or 40% of the global total.

China’s renewables growth is largely driven by concerns about air pollution and capacity targets that were outlined in the country’s 13th five-year plan to 2020.

The Asian country is reported to have already exceeded its 2020 solar PV target three years ahead of time and is set to achieve its onshore wind target in 2019. Read more...

According to the IEA analysis, the deployment in solar PV and wind last year was accompanied by record-low auction prices, which fell as low as 3 cents per kwh.

Low announced prices for solar and wind were recorded in a variety of places, such as India, the United Arab Emirates, Mexico and Chile.

The analysis claims that “These announced contract prices for solar PV and wind power purchase agreements are increasingly comparable or lower than generation cost of newly built gas and coal power plants.”

Safety measures to consider where offshore work is concerned