According to the parastatal, six suspects where seen digging cable at the Correctional Services premises, which was made visible through the use of night vision equipment.

Two of the six suspects were apprehended and copper cable, which had been cut and removed from the trench, estimated at a value of R33,600 ($2,400) was recovered.

The suspects and cable were taken to Sandton SAPS where a case of theft was registered.

This incident comes shortly after the utility has concluded a week-long public awareness campaign around the safe usage of electricity.

The anti-theft campaign, Operation Khanyisa, is an Eskom-led initiative, which aims to bring awareness to the dangers around these illegal acts.

Since 2013, Operation Khanyisa has helped reduce Eskom’s losses from 7,12% to 6.43%, which amounts to an estimated R1,4 billion ($68 million) savings every year in electricity that Eskom would have generated at a loss, the utility explained in an earlier statement.

In addition, the campaign has helped in the recovery of R618 million ($42 million) in revenue for Eskom, while at the same time caught those responsible for these crimes.

“We are working with the Hawks, SAPS and Crime Line to fight this crime, because apart from the obvious loss to Eskom and municipalities, electricity theft leads to prolonged and unplanned power cuts,” Eskom said.

The utility added: “Such power cuts have disastrous effects on clinics, schools and compliant customers.”

The utility explained in an earlier statement that the revenue comes mainly from the billing of historic lost electricity consumption as well as fines and re-connection fees paid.

“In 2013, Eskom’s Energy Losses Management Programme took a more stringent approach in the fight against electricity theft when it combined meter auditing, investigation and enforcement with customer education and awareness in an integrated roll-out targeting hot spot areas with high levels of energy and revenue loss,” Eskom said.

According to the utility, this approach has resulted in the arrest of 50 electricity theft suspects and the opening of 26 cases on the court roll.

Dileep John, head of Operation Khanyisa noted: “We will continue to investigate, arrest and prosecute the perpetrators of this crime, particularly the kingpins and syndicates.” 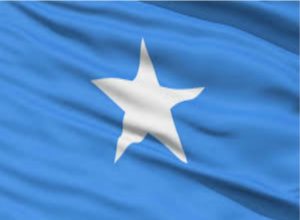