In his opening speech President of Côte d’Ivoire, Alassane Ouattara, highlighted the unusual context to this year’s virtual annual meetings, taking place against the backdrop of the COVID-19 pandemic, and underscored the bank’s critical support to his country and other regional members.

“This is an opportunity for me to acknowledge the African Development Bank, its President and Board of Directors, for the unwavering support expressed in these difficult times to African states. Indeed, the Bank’s COVID-19 Rapid Response Facility has made it possible to finance and support African countries in the fast implementation of plans to fight the pandemic,” said Ouattara.

In April the AfDB reacted swiftly to the pandemic throughout Africa with a series of bold measures to support regional members to cushion them against the impact of the outbreak and related lockdowns. According to their estimates, Africa could lose $173.1billion in GDP in 2020 alone and $237billion in 2021 because of the global pandemic.

The travel restrictions and strict lockdown measures imposed around Africa at the beginning of the crises, some of which are being gradually relaxed, have resulted in mass closures of business and job losses that run into millions. The aim of the AfDB monetary support is therefore to soften the impact of the anticipated recession.

One example of the support measures introduced was the launch of the COVID-19 Rapid Response Facility of up to $10billion. That facility entailed $5.5billion for sovereign operations in AfDB countries and $3.1billion for sovereign and regional operations for countries under the African Development Fund (the bank group’s concessional arm that works with fragile states, countries unable to borrow on the market who face stringent conditions from an international financial institution such as the World Bank). An additional $1.35billion of the facility is devoted to private sector operations.

The Bank has also provided support of $22million to regional bodies such as The Economic Community of West African States (ECOWAS) to strengthen the health systems of low-income countries and to the six countries that make up the Central African Economic and Monetary Community (CEMAC) in central Africa. It has also assisted the G5 countries in the Sahel with $20million.

Business as usual at AfDB annual meetings in unusual times

The highlight of the 2020 sessions of the AfDB annual meetings will be the election of the Bank Group’s president on Thursday and the statutory meetings of its governors which will be held behind closed doors.

Current AfDB president Akinwumi Ayedeji Adesina will run to be re-elected, but his chances have been weakened in recent months by allegations of internal mismanagement. An ethics board cleared him of any malfeasance but the United States, the AfDB’s second-largest shareholder, rejected the internal investigation, insisting on an independent panel review of the case. Former Irish president Mary Robinson then led a panel which agreed with the decision of the bank’s ethics committee, according to a statement released by the AfDB at the end of July.

Addressing the virtual audience Adesina made his case for re-election and paid tribute to the Bank’s host country Côte d’Ivoire’s steady economic progress: “With the pandemic, Africa has lost over a decade of gains of economic growth. Africa’s recovery will be long and difficult. Now we must help Africa to build back boldly, but smartly, paying great attention to quality growth in health, climate and the environment.”

During the AfDB annual meetings the governors from the bank’s 54 regional member states in Africa and 27 non-regional member states, which now also includes Ireland, will also evaluate the response to the pandemic which will help to build a more resilient Africa post-COVID-19.

The AfDB believes Africa’s economic growth post-COVID-19 stands to rebound to 3% in 2021, having added an African Economic Outlook 2020 Supplement to their annual forecast. 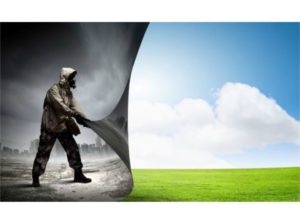