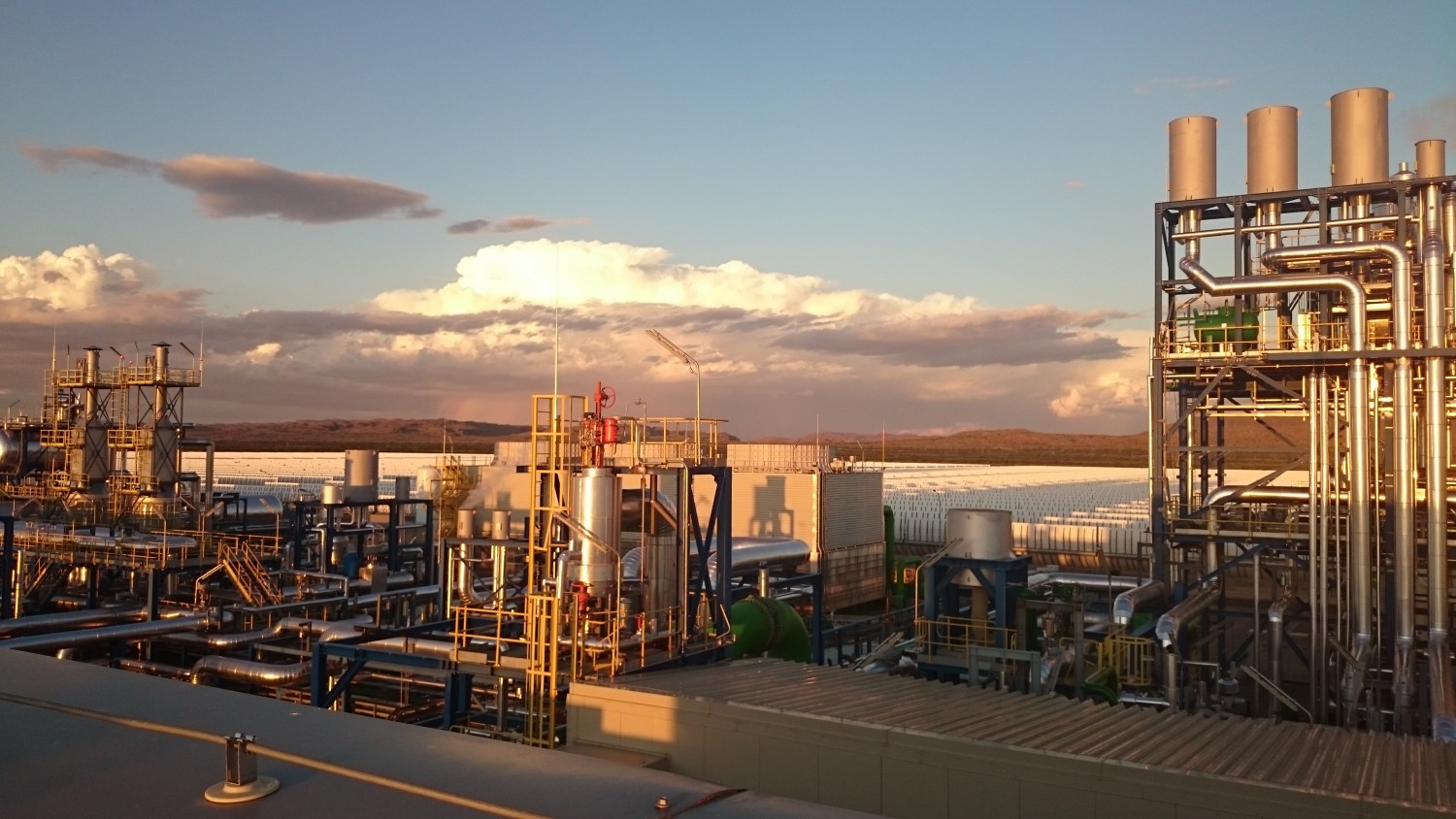 In South Africa’s Northern Cape province, the ACWA Power Solafrica Bokpoort Concentrated Solar Power (CSP) plant, which has been in operation since December 2015, was officially inaugurated on Monday by South African Trade and Industry Minister, Rob Davies, together with Saudi Arabia’s Minister of Commerce and Trade, Tawfig Fawzan Alrabiah.

The CSP plant, which has been in full operation since December, is equipped with 9.3 hours of energy storage – it “operates like a giant rechargeable battery,” the Saudi firm described in a company statement.

A key objective of this CSP plant was to facilitate local economic development, deliver a clean reliable supply of power to the grid, while uplifting the surrounding communities through job creation, which has been successful both indirectly and directly.

Acwa Power’s managing director for the southern African region, Chris Ehlers, commented: “We are here to serve the nation and to contribute to its development.

“Our commitment to the development of the South African economy beyond reliably supplying renewable energy at a cost competitive tariff is demonstrated by the ZAR2 billion [$128,692 million] worth of locally sourced components made in South Africa that has been used in the construction of this plant and the creation of 1,300 construction jobs.”

Ehlers continued: “Furthermore, in addition to sharing 5% of the ownership of this business venture with the local community via a community trust and 5% ownership with the national non-profit organisation, LoveLife, we have also committed ZAR5 million ($321,731) to date in providing education and training for people from the local community and in improving social infrastructure in the area. ”

The power covers the country’s daily evening peak demand from 5pm to 9pm.

The plant turbine is currently fit with a 50MW/h capacity, but can increase to 75MW/h, according to reliable sources on site.

On a good day, the plant can generate up to 900MW/h per day and in winter it can produce more due to the inclination of the winter sun on the mirrors.

With this being the first power sector investment in South Africa, ACWA Power’s chairman, Mohammed Abunayyan, said: “The formal inauguration of the Bokpoort CSP plant is a significant milestone in supplying South Africa with reliable and cost competitive renewable electricity.”

ACWA Power explained in a company statement: “The tariff offered by ACWA Power at the second procurement window was 12% lower than the cap set by government for CSP technology at that round.”

Compared with diesel operated plants operating at around ZAR3.75/kWh ($0.24), the Bokpoort CSP plant is producing power at around ZAR2.75/kWh ($0.17), with high expectations of it coming down.