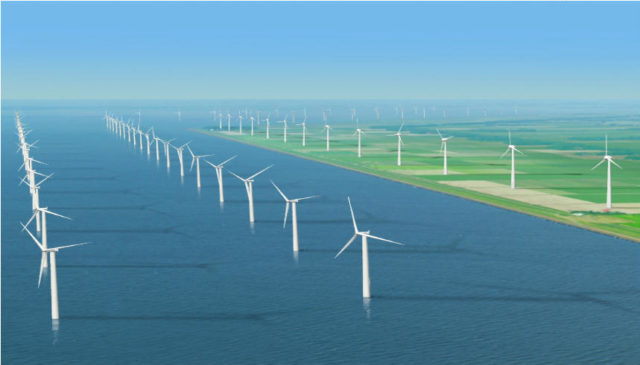 The bank, created by Brazil, Russia, India, China and South Africa (BRICS) to support infrastructure and sustainable development initiatives in emerging economies, announced on Sunday the signing of the loan agreements for the wind farm and two other projects in China, Renewables Now reported.

The loan is for the Chinese government, which has requested NDB support for the Fujian Putian Pinghai Bay Offshore Wind Power Project.

A portion of the funds have been earmarked for plant equipment, including the turbines.

The plan is to use up to 50 machines of about 5MW for the offshore wind park, Renewables Now reported.

Once in full operation, the wind farm is expected to generate an average of 873 GWh of power annually.

In efforts to transitioning to into a low carbon economy, the government of Mauritius has established the Mauritius Renewable Energy Agency to promote renewable energy technologies and to facilitate the implementation of projects.

In April this year, the Mauritius Research Council (MRC), an apex body to promote and co-ordinate national investment in research, called for Expressions of Interest  (EOI) for the development of offshore wind farms for the Republic of Mauritius.

This move formed part of the country’s target for increasing electricity generation from renewable energy sources to 35% by 2025. Read more…