Research and Markets cited recent statistics, which indicate that the consumption of natural gas in the country contracted by 2.3% year-on-year in 2017.

Although the Department of Energy has identified the harnessing of conventional and unconventional forms of gas as a strategic imperative, stakeholders report that South Africa’s uptake of gas continues to be constrained by the country’s relatively underdeveloped gas transmission and storage infrastructure.

However, gas forms an important part of the country’s future energy mix.

Africa Oil&Power reported that the drilling campaign yielded 57m of net gas condensate pay and the prospect has resources of more than 500 million barrels, with significant follow on potential.

According to Radebe, SADC has recognised the strategic need for a regional Gas Master Plan, given the recent gas discoveries in parts of SADC, pointing out that gas resources from Mozambique and Tanzania were especially well positioned for cross boundary development of gas pipeline infrastructure.

“It is important that gas demand in the region is serviced from regional gas resources, so as to increase the opportunity for intra-African trade and economic collaboration,” he noted. 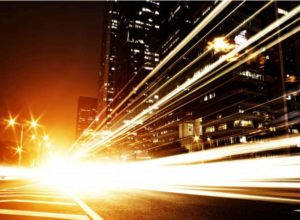 Ed’s Note: Access to electricity is a constitutional right!