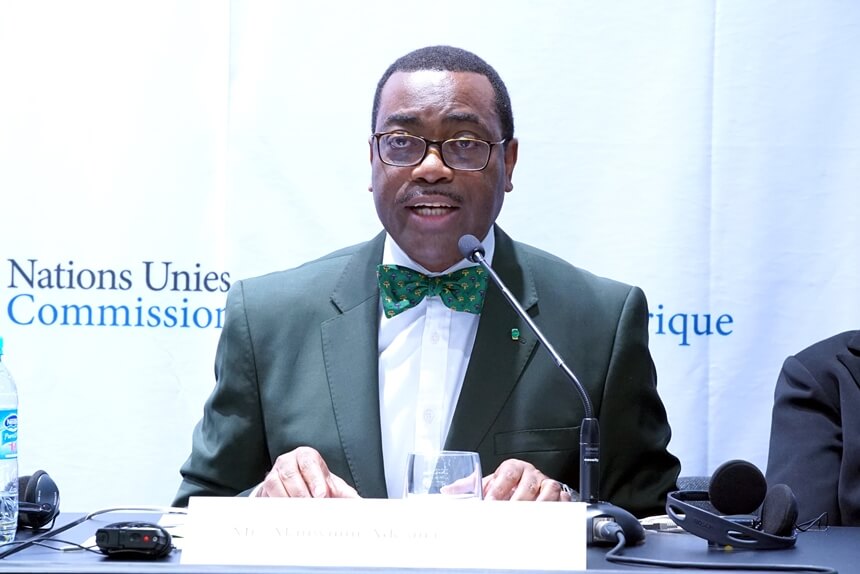 The multilateral development finance institution, which was established to contribute to the economic development and social progress of African countries, has earlier this week declared its full support to backing the Nigerian economy.

According to the Bloomberg Market, the AfDB President Akinwumi Adesina said the country’s economy is too big and important for the region to be allowed to fail.

“When you had the [global] banking crisis, people said the banks were too big to [be allowed to] fail. In the case of Africa, Nigeria is too big to fail. So we are going to be strongly supporting Nigeria,” Adesina stressed.

Media reported that gross domestic product in the country constricted in the first half of the year, and is forecast by the International Monetary Fund (IMF) to shrink by 1.8% in 2016.

The Bloomberg Market quoted the IMF data, which stated that the country’s economy is reeling from a 50% drop in prices of crude since mid-2014 and a resurgence of militant attacks on installations in the Niger River delta.

However, Adesina stated that the bank is set to approve a $1 billion for budget support for Nigeria next month.

He added that the AfDB will increase its loans in Nigeria to $4.1 billion in two years, and $10 billion by 2019 as it makes more funds available to help increase the generation and transmission of electricity, and boost farming output.

The AfDB will also finance the planned Development Bank of Nigeria with $500 million, of which $50 million will be equity, Adesina said.

He explained that the energy fund will finance mainly off-grid projects and renewable energy entrepreneurs working to generate 9 to 15MW of power each.

The bank will invest $363 million this year in projects to produce about 1,400MW, and put an unspecified amount in projects next year to generate an additional 1,385MW, he said.

Tanzania diversifying away from hydro