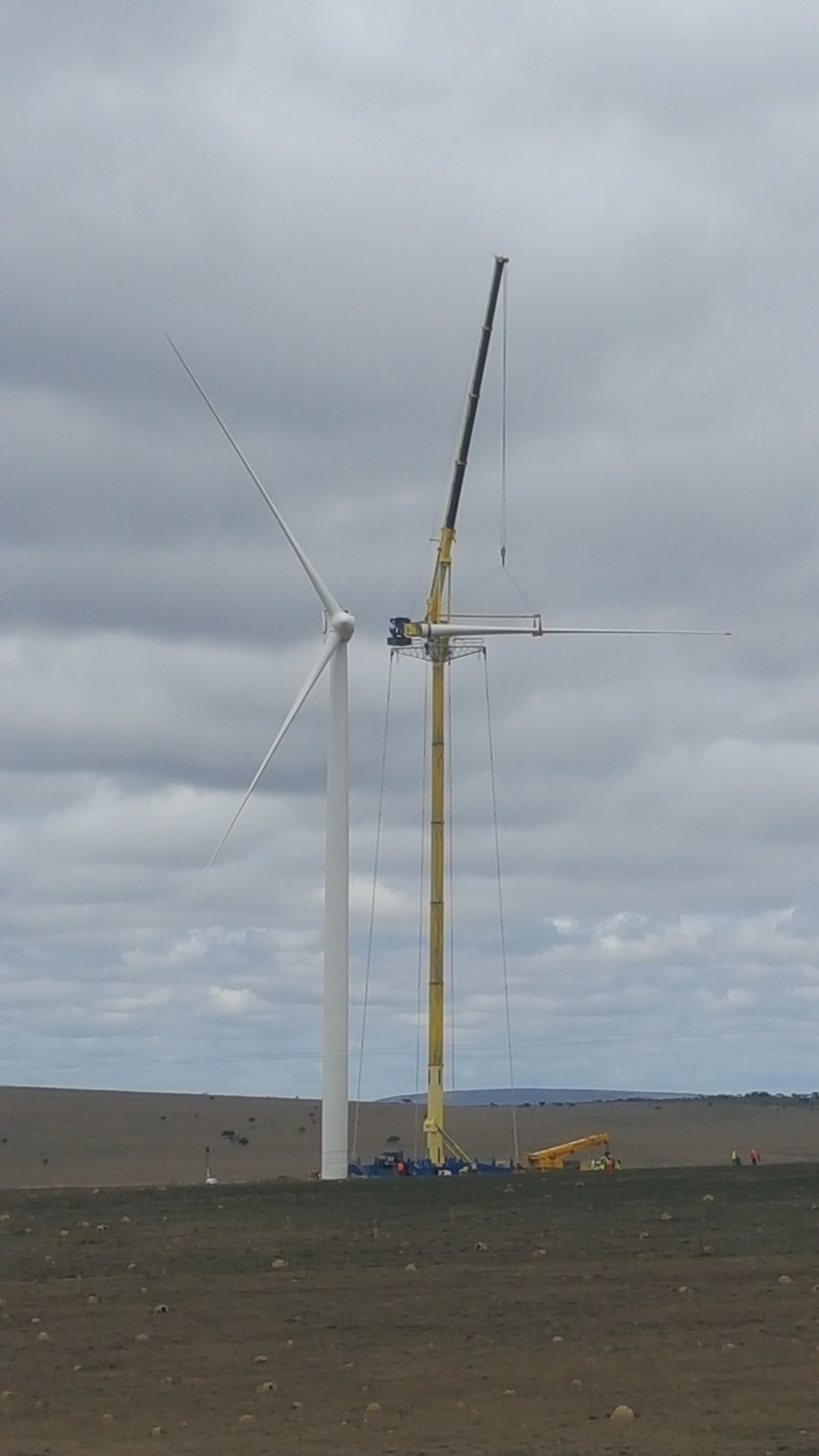 In South Africa, heavy-lift transport firm Vanguard announced that it has been granted the transport and crane erection contract for the Nojoli Wind Farm.

The specialised transport and plant installation company began with their contract in December 2015 with discharging the vessel.

According to a company statement, the Nojoli wind farm project comprises 44 Vestas V100 2MW wind turbine generators, which have the capacity to generate more than 275GWh per year or enough for 86,000 South African households.

Project and mechanical engineer Robbie Boshoff from Vanguard said: “In recent years we have transported and erected over 160 turbines at wind farms around South Africa.

“The team on this tight-deadline project had an early start to the year, arriving back to discharge a second vessel on 2 January 2016, with further vessels to be discharged throughout the project.”

Vanguard targets a deadline of June 2016

According to Boshoff, the contract will run until 23 June 2016, and the work will include the discharge and storage at the port, as well as specialised transportation of all components to site, about three and a half hours away, followed by the erection of the turbines utilising Vanguard’s GTK1100 crane.

With nacelles weighing up to 72 tonnes, 21-tonne hubs and turbine blades measuring up to 50 metres long, Vanguard will utilise a large fleet of extendable and multi-axle trailers to transport the components to the wind farm site.

Boshoff said that the GTK crane will be assembled and disassembled for each turbine installation by a specialised team including two qualified Red Seal riggers, a process that can take around 10 hours to complete.

In addition, he said: “Another team pre-populates the handstands with the components in advance to ensure that no delays occur with the main build.”

According to Boshoff, in order to avoid delays in the project, which has very narrow turns on the mountain routes to the site, he said: “We work with the traffic authorities to close off the pass entirely, so that our extendable trailers can safely use the whole road to manoeuvre the blades through the turns.”

According to Enel Green Power, the new wind farm will have a total installed capacity of 88MW and once fully operational it will be able to generate more than 275GWh per year equivalent to the annual consumption needs of around 86,000 South African households. It has been estimated that the project will avoid emitting more than 251,000 tonnes of CO2 into the atmosphere each year.