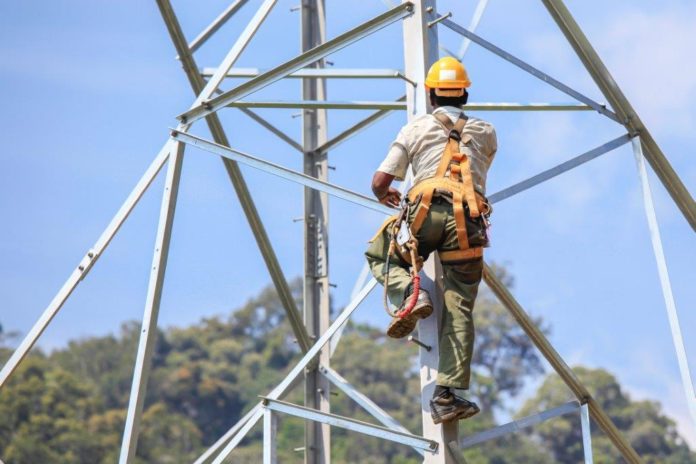 In East Africa, Kenya’s national power utility Kenya Power plays a supportive role, through negotiation of power purchase agreements with investors to ensure that there is adequate generation capacity in the country to meet growing demand. As part of achieving this demand a strong impetus is placed on customer satisfaction, which means that maintenance of the transmission and distribution infrastructure needs to be regularly attended to.

The power utility is continuously investing in innovative technologies that are aimed at boosting reliability of power supply by minimising interruptions. In early June, the utility launched the ‘Live Line Maintenance Programme’, an innovation that is targeted at reducing interruptions to the power supply network. The programme involves carrying out maintenance works on energised lines such as changing rotten poles, jumpers and conductors and cutting trees encroaching on the wayleave, which often disrupts supply especially during rainy seasons. About 60% of the utility’s interruptions arise from vegetation management; therefore investing in this initiative means that the utility is able to carry out nearly all maintenance works without having to switch customers off.

Integrating new systems Kenya Power’s managing director and CEO Dr Ben Chumo noted that the company is the second utility in sub Saharan Africa to adopt this technology, after South Africa’s parastatal Eskom. To date $7 million has been invested in the first phase of the project, which involves training 72 technicians to operate 11kV, 33kV and 66kV distribution lines. The second phase has already attracted funding from the World Bank to the tune of $2 million. Since January 2016, six teams have been trained to handle live lines at the Kenya Power Institute of Energy Studies and Research, with each team comprising five technicians. A pilot phase for the project is being carried out in Nairobi before subsequent rollouts in other regions. So far, alternative lines have been constructed to serve power intensive customers who mainly comprise industries and other largescale institutions. This maintenance programme will ride on the utility’s heavy investment in infrastructure where they have invested $1 billion in 252 capital projects.

These projects include the construction of more than 100 substations and construction of additional redundancy distribution lines to ensure that customers have alternative power sources. In addition, a network update programme is being implemented across the country at a cost of $99 million; this involves the replacement of wooden poles with concrete ones and enhancement of conductor capacity to carry more load, among other things. Over the last two years, the company has purchased 377,000 poles – wooden and concrete – to drive the electrification programme. The poles were mainly utilised to intensify connections and upgrade the existing network to improve the quality of electricity.

Since 2013, the rate of electrification in the country has increased. For instance, in the last two years, the power company has connected 1.14 million households, mostly in informal settlements, through the World Bank funded Global Partnership on Output Based Aid (GPOBA) Programme.

Improving public lighting Falling within the ‘utility maintenance’ jurisdiction is that of public lighting, where a Sh76 billion ($751 million) National Street Lighting Project is being implemented in 52 towns across the country. The aim is to promote a 24-hour economy to spur investments by both local and foreign investors. This has increased consumption of electricity, calling for investment in the network to seal loopholes for revenue loss and enhance the quality of supply. Accelerated demand for power is expected to come from the Last Mile Connectivity Project, which will lower the initial costs for connection and therefore enable more households to connect to the grid.

The first phase of the project, funded by the African Development Bank (AfDB) to the tune of Sh13.5 billion ($133 million), is currently being implemented. It aims to maximise utilisation of 5,320 existing transformers where people living within a 600 metre radius from the selected transformers will be connected to power at a subsidised rate of Sh15,000 ($148). A total of 314,000 households are targeted for connection under this phase. The subsequent phases are funded by the World Bank, European Investment Bank, AfDB and the French Development Agency (AFD) among others.

Going forward, every year Kenya Power is targeting to connect at least one million new customers. Currently, the country’s access to power rate stands at 58%, with 4.8 million households already connected to the national grid. Building and operating a robust electricity distribution network is one of the company’s key objectives. The Government of Kenya aims to increase the country’s installed power generation capacity by 5,000MW. The additional capacity is mainly to meet the objective of attaining a 70% access to electricity rate by the end of 2017 and a universal access rate by 2020.

Facebook
Twitter
Linkedin
Previous articleUnderstanding FIDIC conditions of contract and prime application
Next articleThe Earth’s core is hot in East Africa – what is the feasibility of utilising it?