While the proliferation of large-scale energy projects in Africa is positive, growing worldwide interest in sustainability and renewable energy highlights the need to also actively pursue other low-cost, energy solutions that will add megawatt (MW) capacity and benefit the more than 600 million sub-Saharan Africans who still do not have access to electricity.

To achieve the development of more balanced power portfolios, African cities are taking power generation into their own hands. Through a series of incentives, households are being encouraged to install small-scale embedded generation technology (SSEG) for access to power during off-peak hours, and in some cases, feeding the excess power back to the national grid.

Taking this a step further, the tangible benefits of rooftop solar photovoltaic (PV) projects must be aligned with required investments in order to widely provide power to rural communities and industries. Distributed generation – an approach to generating power at the site of consumption – has the potential to fill immediate energy gaps by supplying on-site energy for businesses and communities while offering reliability, resilience and an economical model. To provide the most impact and least financial risk, implementers should take a holistic, programmatic approach. An integrated strategy will ensure a sustained, functional lifespan with unabated energy delivery.

Africa’s rapid adoption of mobile technology suggests that distributed generation technology could be rapidly embraced in a similar fashion. The demand for, and subsequent deployment of, mobile technology seemingly skipped traditional large-scale landline telecommunications’ infrastructure build out. Distributed energy resources (DERs) could echo this trend as they are also significantly smaller scale compared to baseload projects.

Already in use in certain parts of the US, UK and Asia-Pacific countries, distributed generation is fast gaining traction and could potentially transform the power market globally. To some extent, distributed generation systems are making inroads into Africa, with early achievements. Mali thus far has been the most successful by installing over 200 isolated diesel power distribution grids. According to an International Renewable Energy Agency (IRENA) report, the World Bank and the African Development Bank (AfDB) are funding the Scaling Up Renewable Programme (SREP) in Mali, including a hybrid component that plans to erect PV arrays in existing diesel power plants in 40 localities, comprising a total of 5MW and a total investment budget of $58 million.

Meanwhile, Kenya and Tanzania have implemented solar home systems that use customer-based financing and a ‘pay-as-you-go’ approach through mobile payments. Likewise, off-grid solar systems are being installed at 1,700 rural households in the Mbhashe Municipality in the Eastern Cape Province, South Africa. These have been approached using economies of scale – and a more comprehensive methodology than simply just adding rooftop solar PV – and there is still room to expand, particularly throughout sub-Saharan Africa, and with high energy users such as Nigeria, Ethiopia, Ivory Coast and the Democratic Republic of Congo.

The benefits of microgrid implementation

Distributed generation often works hand-in-hand with microgrids. As integrated systems of multiple generation sources, such as solar PV plus diesel or natural gas fuelled generators with battery storage systems, microgrids ensure a clean and well-managed power supply even during cloudy weather or at night.

While the biggest challenge for distributed generation is storage, there are several solutions already available. Battery energy storage is a good alternative and complements usage during peak times to lower power bills. It is also an excellent resource for smoothing the fluctuations experienced in production from intermittent renewable energy generators such as wind farms or solar PV plants; and an alternative to burning natural gas or diesel fuel to address renewable power variations.

Continuing research into and development of battery storage systems is improving performance and prices are becoming more economical as global production of lithium ion batteries increases.

The business case for distributed generation

The key to unlocking growth in distributed generation is to develop compelling business models that benefit energy consumers, utilities, communities and investors alike. As with any new application, this appears to be a common challenge facing early adopters.

In the US and Canada, publicprivate partnerships are allowing communities to benefit from DER or microgrid programmes with limited or no capital investment, while utilities and investors are able to realise financial returns on their investments.
Developing and applying the right structure requires diligent planning, including development of the technical solution and business model together to ensure long-term economic and reliable power solutions. It should be noted that long-term success does not end at installation. An integrated strategy should also include maintenance through remote monitoring and diagnostics.

Specific to cost and schedule, particularly when considering baseload solutions, distributed generation and microgrid solutions are poised to immediately address local power needs. It can take as little as a year or less for a large microgrid programme to come online, compared to the 36-70 months for large central station and transmission projects. The cost and schedule advantages of small DER systems are beneficial for regions requiring capital and experiencing project delivery and schedule delays.

About the author
Webb Meko, business development director for sub-Saharan Africa at Black & Veatch, has provided technical expertise, management and advisory services for more than 20 years to South African and global clients in the energy sector within Africa. 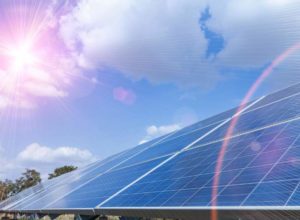 Microgrids to benefit from standardisation