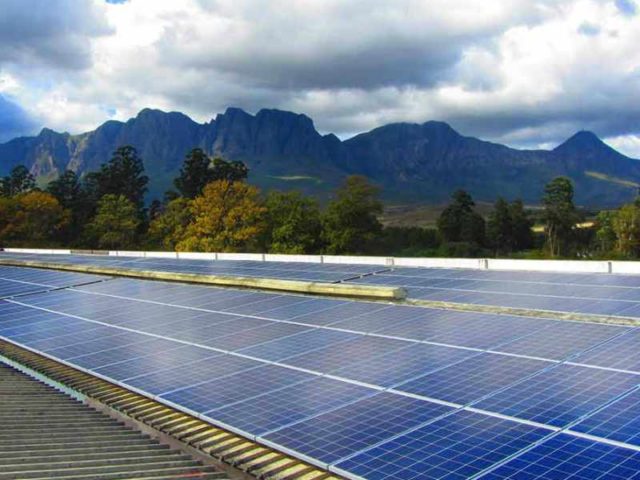 Robben Island is renowned for being the place where South Africa’s first democratically elected president, Nelson Mandela, was jailed for 18 years of his 27-year prison sentence.

Keeping in line with Madiba’s vision for a better future, the UNESCO World Heritage Site has recently adopted a sustainable blueprint for its diverse eco-system.

The project is the first of its kind on an island as part of a grid resolution, among other things, aimed at reducing the carbon footprint. The system consists of a solar photovoltaic (PV) farm, combined with a lithium-ion battery storage facility and smart controllers to ensure a seamless electricity supply, whilst significantly reducing the island’s fossil fuel consumption.

Technology in action
To see the Robben Island solar micro-grid in action book a site visit tour to this project organised by African Utility Week, which will include a visit to historical highlights on this World Heritage Site.

Not one for taking a ferry across the bay? Other technical tours that you can book are the once-in-a-lifetime opportunity to visit the only nuclear power station in Africa, the Koeberg Nuclear Power Plant; or take a trip to the solar installation at Lourensford wine estate, which is another favourite of past African Utility Week delegates.

The historic Lourensford Wine Estate in Somerset West is also home to one of the pioneers in solar PV solutions, Sustainable Power Solutions (SPS), which has its Head Office and Solar PV Product Testing Facility, as well an offgrid Tesla Battery Storage Test Facility, nestled away on this beautiful farm.

Lourensford was one of the first commercial farms in South Africa to invest in renewable energy, making it an iconic site for leading sustainable agricultural operations. The initial project saw SPS install a 500Wp solar PV plant on the roof of the winery, which generates an average of 2,000kWh daily. The initial power plant was followed by two additional projects for the farm, including the PakStoor consisting of 186kWp and the CWP Building project consisting of a 90kWp power plant.

Combined, all the solar power plants supply enough energy to run the winery and feed surplus electricity to the rest of the estate. In addition to helping the estate manage future energy costs, the PV plants reduce carbon emissions by an estimated 750 tonnes per year.

Following the success of the initial project for the wine estate, SPS in collaboration with Mettle Solar Investments has installed Product Testing Facilities, which include a 50kWp ground-mounted solar power plant and a 100kWh commercial Tesla Powerpack battery backup system with an off-grid configuration.

Pre registration is essential and delegates must arrive at least 20 minutes before the advertised departure time to sign the attendance register at the main entrance to the CTICC before boarding the bus.

Please visit the Site Visit Registration Desk before 17:00 on Thursday 17 May to confirm your attendance and collect your delegate pack.

This article first appeared in ESI-Africa Edition 2, 2018. You can read the full digital magazine here or subscribe here to receive a print copy. 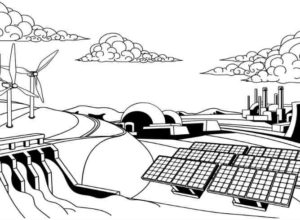