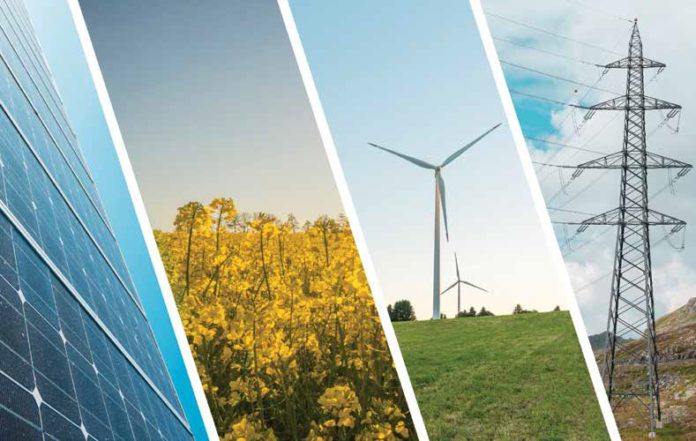 The renewable energy (RE) landscape, regarded to be in an infant stage of development, is proving to be a catalyst driving technology and policy innovation in the world’s mega cities, writes ESI Africa.

Capitalising on the RE sector is taking global economies by storm and according to the Council for Scientific and Industrial Research (CSIR), an African research and development organisation, South Africa is no exception. Since the introduction of the country’s RE Independent Power Producer Procurement Programme (REIPPPP), this versatile sector has added $291.5 million to the country’s economy.

In a study conducted by the CSIR, the net economic benefit of renewables achieved (particularly solar photovoltaic and wind) included the calculated benefits of reduced unserved energy (load shedding), as well as cost savings to national power utility, Eskom, which avoided coal and diesel burn. This revelation can be associated with the 2016 International Renewable Energy Agency (IRENA) report, Renewable Energy in Cities, which presents an analysis on the role cities can play in the transformation of the energy system when fully exploiting the resources.

Here IRENA explores different scenarios according to scales of economies in cities in terms of energy demand between now and 2030. The study predicts that cities in emerging economies, with population growth above 2% per year, for example, will account for 70% of global growth in energy use by 2030. In order to meet such a demand, the report provides practices, policy and technology options that cities can deploy. The recommendations focus mainly on buildings, heating, cooling and cooking as well as transportation.

The IRENA analysis notes that mayors and municipal governments are playing an increasingly central role in accelerating the switch to renewable energy. A case in point is South Africa’s City of Cape Town that, in 2014, launched a set of guidelines and associated tariffs for small-scale embedded energy generators, with a generation capacity of less than 1MVA. The guidelines and tariffs were compiled for commercial, industrial and residential generators, applicable to both renewable energy generation and co-generation projects. Smallscale generators have since been permitted to connect to the grid and in so doing are enabled to both import energy from and export a limited amount of energy onto the City’s grid, which they will be credited for.

Expanding on the progress of this legislation, Head of Green Energy for the City of Cape Town Brian Jones told ESI Africa that the national regulation for small-scale imbedded generation is still awaited from the national energy regulator. Jones emphasises that “this is crucial to accelerate the uptake of imbedded generation in the country. Draft legislation has been circulated but for some reason it has not been finalised”.

“At the moment, approved installations in Cape Town for residential property stand at 102, and for commercial and industrial at 48, and there are another 96 applicants that have obtained permission to install. So the numbers are picking up,” he says. In terms of promoting this development, Jones explains that the City has established an energy directorate with electricity generation and distribution under one legislation and new legislation for the sustainable energy market.

With regard to lessons learnt from the initiative, Jones says once grid parity is achieved globally, people will start connecting to the grid – even illegally, if there is no programme in place. He concludes: “Utilities can’t ignore the phenomenon that smallscale imbedded generation is. They [utilities] will have to mainstream it into their planning – as a factor on their income streams and a factor on their grid; and it has to become a central part of their operations.”

The legislation’s mandate calls for all new buildings up to 10 stories, both residential and commercial, to use either solar panels for electricity or a solar system to heat water. According to Wiener, the legislation has the support of the San Francisco Commission on the Environment, the US Green Buildings Council, the Building Inspection Commission, and Brightline Defense, a non-profit organisation that supports the creation of sustainable environments in lowincome communities.

San Francisco has a goal of meeting 100% of its electricity needs with clean energy by 2025. “Cities have to make hard decisions on investments, so it is important to go back to the basics and understand where the opportunities are, what measures offer the greatest potential for energy efficiency improvements, which sectors to prioritise, and what the implementation constraints are,” noted Anita Marangoly George, former senior director, energy and extractives global practice at the World Bank.

George made this emphasis in the Bank’s Energy Sector Management Assistance Programme: a global knowledge and technical assistance partnership administered by the financial institution, funded by various developed countries.

As of 1 January 2017, trains in the Netherlands began operating completely on clean energy produced by wind power – an impressive achievement in that the initiative beats its own deadline, which was set to be achieved by 2018. NS Dutch Railways partnered with energy company Eneco to use its wind turbines to generate the energy needed to power all of its electric trains. The railway company is the world’s first railway company to get 100% of its energy from wind energy and it is reported that annually it consumes 1.2 billion kWh of wind electricity.

In a similar venture at the beginning of 2016, South Africa’s City of Cape Town announced that in its efforts to reduce carbon emissions, it will be issuing a tender for the procurement of electric buses for the city’s MyCiTi bus service. “The procurement of the electric buses affirms our commitment made at COP21 in Paris where I committed to ensure that the City of Cape Town takes decisive action and pursues ambitious climate action projects that are not only beneficial to residents but most importantly, the environment,” Mayor Patricia de Lille said.

In conclusion, with amplified financing and supporting policies, renewable energy resources – even in developing economies – indicate a possible clean future. One that promises to meet commitments made at COP21 in Paris.

Interdependencies and the electric power grid

Your guide to technical due diligence