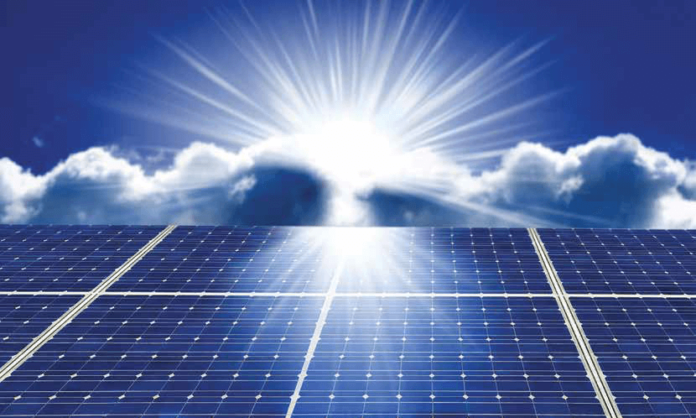 Besides biomass and wind, which date deep into human history, renewable energy has always been viewed as an alternate power source, but it was only in the 1970s that it took a formidable shape – with Africa trailing behind.

Finance and investments are amongst the vital arsenal for further rollout of renewables. The United Nations Economic Commission for Africa (UNECA) corroborates that Africa needs US$20 billion per year to achieve universal electricity access by 2030; such comprises 60% of the global demand. Unfortunately KPMG argues that the “biggest challenge in most countries of the [African] region has been the subsidised tariff structures for electricity”, which raises the risk of disincentive for new private investment.

Other latest developments, through innovative technologies (e.g. power storage, plug-and-play off-grid solutions), are viewed as additional arsenal notwithstanding their disruptive nature. At the recent African Utility Week, one expert contended that power storage has better prospects and will benefit Africa – excluding South Africa. Since Africa is power hungry it is therefore worth exploring various technologies, which are based on each country’s resources, e.g. South Africa and Zimbabwe are endowed with platinum that is essential for the hydrogen fuel cell.

Skills demand is ever increasing whilst the rate of training is lagging behind. Forbes research projects the growth of Wind Turbine Service Technicians’ occupations in the USA at 108% (from 4,400 in 2014 to 9,200 in 2024). According to SARETEC, Europe has a shortfall of about 2,500 of the same technicians and South Africa has had to import such skills.

The evolving electricity market in Africa has been characterised by policy inconsistencies, costly and painful delays, regulatory conflicts, unclear regulatory independence, and price based regulation that can be restrictive if not anchored in intensive and extensive consultation. Worth noting is that development of policy, legislation and regulation is lagging behind the rate of reforms in the power market.

Clear, consistent, transparent, and enabling regulations – whether in a highly regulated, liberalised or hybrid markets – are almost non-negotiable to attract meaningful foreign direct and/or local investments in power generation. Furthermore, the debate around whether large- or small-scale is the best route to take cannot be conclusive unless extensive studies and intensive debate or consultation takes place.

An exemplary testimony of growth in renewables, Sarah Odera’s MSc Dissertation (University of Cape Town) asserts that: “Kenya does not have any solar power generation at a utility scale. It does however have a developed solar PV market on a residential and institutional scale. The LCPDP (Least Cost Power Development Plan – like the South African IRP), 2010 estimated that there are 200,000 solar home systems installed in Kenya whilst Hansen et al, 2014 and Ondraczek, 2014 estimate the number to be 320,000 in 2010.”

Furthermore, the innovations on micro- and off-grid systems are growing; however, we need to be mindful of challenges of technology rivalry, which are not about to ebb or become overt notwithstanding their detrimental effect. At this stage, the harm by such may not be that obvious.

Despite the prospects and challenges highlighted above, the potential for energy-mixed power generation, including renewables, in Africa is enormous. McKinseys and Company claim in its 2015 report that “over the past 20 years, private capacity in sub-Saharan Africa has doubled every five years, with 50 percent of total IPP capacity added to the grid since 2009 alone.” However there is lamentation that the 6,00MW of IPP power added is insignificant compared to total need for 600 million inhabitants without electricity. The claim further extends to “project that sub-Saharan Africa will consume nearly 1,600 terawatt hours by 2040, four times what was used in 2010.”

Given this high demand and growing keenness by African governments to allow private sector participation, what is left is for the authorities to work hand-in-hand with business to ensure a more conducive environment for increased investment in renewables.

Rising to the challenge – Initiate

Breaking barriers in digitalisation of the last mile

Is nuclear relevant to an African power build programme?