Reduction of transmission losses and load independent voltage stabilisation are decisive factors for optimal network operation in the transmission and distribution network. While in heavily loaded state the lines take reactive power from the network; lightly loaded lines feed reactive power into the network. As a result, the voltage varies along the length of the line.

As the loads in the network fluctuate sharply according to time, day and season, the voltages along the line accordingly change very sharply too. The unnecessary exchange of reactive power takes place as a result and causes network losses.
On one hand, voltage which is too high can lead to insulation problems and short-circuiting; on the other hand, voltage which is too low causes more network losses which the network operator does not want. For this reason, it is necessary to keep the voltage within a permissible voltage band during network operation. The use of shunt reactors is the technically cost-effective solution for reducing the voltage rise in the lightly loaded lines. Many utilities have recognised the necessity for employing shunt reactors and use them in day-to-day operation. In many cases, a non-variable shunt reactor is used with a fixed inductance. This document aims to present the advantages of variable shunt reactors.

To read the full article on our digital platform, click here. 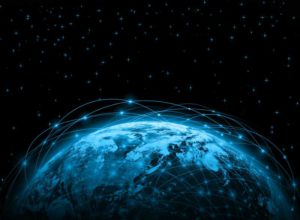