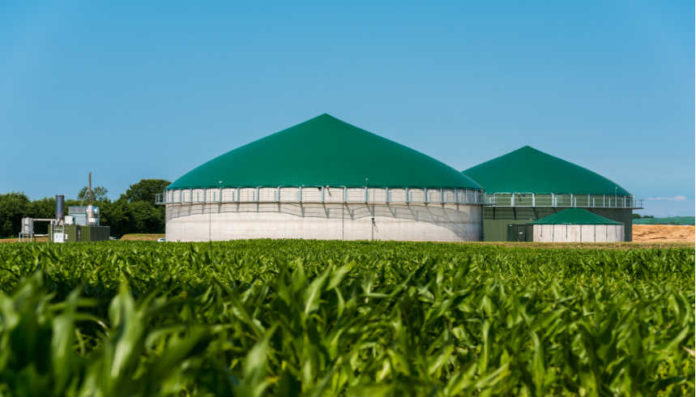 The multitude of benefits derived from biogas have been demonstrated in the World Biogas Association (WBA) report launched in December 2016. Equally the report shows that research is in its infancy: with the right policies and investment in research, biogas use can produce up to 60% of current coal power production, thereby reducing global GHG emissions by 18–20% (Mason, et al., 2015). The potential contribution of the biogas industry to major themes of global importance is woefully underestimated as indicated in the diagram below. The first major task of research is thus to ensure that the world community understands and acknowledges the contribution that the biogas industry can make to their countries, and take the conversation on biogas to the global stage.

Benefits of biogas in rural Africa

The sources of biogas are numerous and widely available in Africa and the world alike: rotting waste in a landfill; sewage treatment plants both on a macro- and micro-scale; domestic and commercial food waste; agricultural waste in the form of crop residues and livestock manures; and from the digestion of specific feedstocks grown for this purpose.

According to the 2015 World Bank report, 62% of the population of sub-Saharan Africa and 36% of North Africa’s population reside in rural areas, the needs of which are very different from the rapidly rising urban population. In rural communities, micro-scale digestion of animal manure, biosolids, crop residues and other organic wastes can provide off-grid energy for domestic fuel and lighting – with the additional advantage of reducing deforestation and enhancing indoor air quality, leading to health benefits and improvement in quality of life.

As per the United Nations Convention to Combat Desertification (UNCCD), three quarters of land used for agriculture and food production in Africa is degraded. Integrating anaerobic digestion into sustainable agricultural practices that fight land degradation and desertification are absolutely essential for the social and economic progress of the people. The by-product of anaerobic digestion, notably digestate, is a substance rich in phosphorous and nitrogen, which provides useful soil nutrients especially when considering the global exhaustion of naturally occurring phosphorous sources.

Agricultural productivity and health of soils benefit from recirculating the nutrients and carbon to farm land in the form of digestate biofertiliser. While feedstock supplies may pose a challenge in many parts of Africa, digestion of desert plants, like prickly pear, has been implemented in Mexico and researched at Oxford University with promising results (Mason, et al., 2015). These along with digestion of palm oil mill effluents, water hyacinth and cassava can provide for some unconventional feedstocks for digestion where the availability of the more common ones are limited in Africa.

Countries such as Kenya, Tanzania and Ethiopia have implemented national biogas programmes targeted towards the rural adoption of biogas. A report by SNV and the International Institute of Tropical Agriculture, released in 2007, estimated the technical potential of domestic biogas plants in Africa at 18.5 million while those currently existing are estimated at less than a hundred thousand. This scale and model of implementation has been adopted previously in Asian countries: China has about 40 million digesters, India about 4 million with Nepal, Bangladesh and others close behind. The programmes in these countries have enjoyed varied success with challenges faced in obtaining funding and post construction maintenance of the equipment. African countries can learn much from the challenges faced and overcome by the programmes that have already been implemented.

Anaerobic digestion as a waste management solution in urban Africa

With its rapidly growing and urbanising population, African cities and their beautiful landscapes are in urgent need of infrastructural investments in energy, waste and sewage management. Sewage systems are at different stages of development globally, with major plants operating in developed nations to local sanitation systems in more rural, undeveloped areas to nothing at all. It is common knowledge that the health consequences deriving from untreated sewage is a major crisis in many countries – yet it is also a major opportunity, even for the poorest.

Research shows that in southern Asia small-scale, low technology biogas solutions are resolving sewage management whilst providing local energy for cooking and lighting. African nations can build on expertise developed in other countries – like the US and South Korean waste water treatment facilities that integrate food waste with the treatment of municipal and industrial effluents to make it both economically and environmentally more feasible. Such an approach can overcome the economic and technological barriers to development.

Untreated waste is a danger to human, animal and enviornmental health. This was strongly evidenced in the 2015 UNEP-ISWA report, Global Waste Management Outlook. Collecting biogenic waste and bringing it to treatment, extracting the biogas from it, can solve numerous health and environmental problems while creating opportunities for economic and energy development. Landfill gas extraction is a tried and tested technology, which can capture the gas for use while reducing GHG emissions, and has been successfully implemented at the Robinson Deep landfill site in Johannesburg, South Africa.

Enabling the growth of the biogas industry

Agricultural and industrial partnerships will play a pivotal role in the development of the biogas industry in Africa by providing the sought after peak and base load renewable energy to industries and diversified income to farmers. This has been demonstrated at scale level at the South African 4.6MW Bronkhorstspruit Biogas Plant, which is the first commercially viable biogas plant bringing together BMW, City of Tshwane, Beefcor, Eskom and Bio2Watt. Organic waste from the City, Beefcor and surrounding farms is digested to produce power for the BMW biogas plant. The digestate biofertiliser produced is reapplied to the farmland, thus resulting in benefits for all sections of the society and the environment.

So while there have been experiences in Africa on producing biogas and some larger as well as community scale plants already in operation, the scale is miniscule compared to the potential. Will the next decade be the decade for African biogas growth?

In order to make biogas use wide ranging and to enable its growth, countries need to adopt a series of measures, whilst the biogas industry needs to work on research and development to reduce its costs and increase efficiency.

Measures that countries can adopt include eliminating the subsidies for fossil fuels – paradoxically the energy industry still stimulates fossil fuel production with subsidies five times higher than those given to renewable energy ($550 billion to $110 billion in 2014), yet almost all nations have signed on to the UNFCCC Paris targets to reduce global emissions and temperature increases. By creating a level playing field for energy supplies, biogas has the opportunity of competing.

Other measures include the adoption of the technical criteria to enable biogas to feed into the gas grid, allowing an increase in efficiency of some 30-40% compared to burning biogas for electricity generation; mandating the use of a percentage of biogas in gas supplied for vehicles (for example, 20% as Italy has recently introduced). The energy industry can introduce feed-in tariff incentives to kick start the biogas industry in order to resolve other environmental issues. Malaysia has done that for the treatment of palm oil waste; and by mandating biogas capture from landfills to meet GHG emissions targets, has given longterm targets for the use of biogas to enable long-term investments to be oriented to the sector.

The biogas industry needs to sharpen its performance as the overall efficiency of treatment, while improving, can be further raised. The industry is losing out on a lot of potential biogas through inefficient collection systems, especially for food waste. The process itself can be perfected to raise yields: the quality of digestate outputs needs to respond to market conditions rather than as a by-product, raising its value to farmers and to producers themselves. The treatment of effluent is a major cost and research is needed to understand how to turn effluent from a waste into a resource. ESI.

Dr Sarika Jain is Research and Policy Manager of the World Biogas Association. She has been working primarily on the growth potential and application of AD in the emerging, frontier and developed markets.