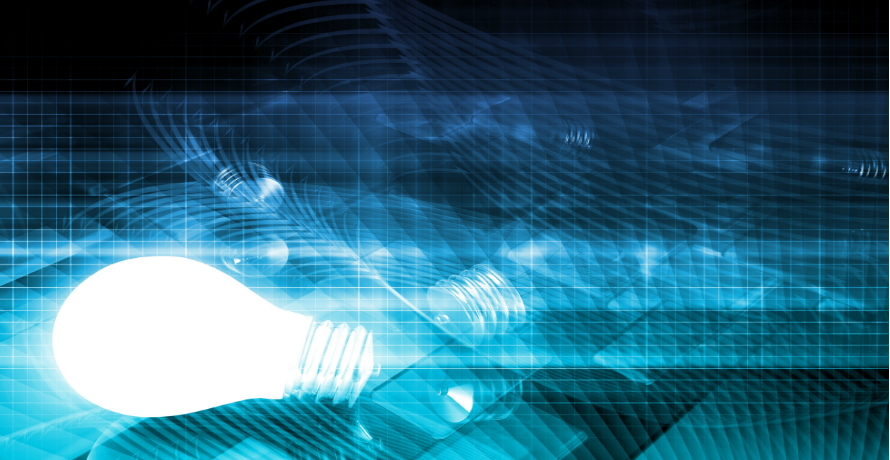 In built-up environments such as urban areas as well as in generally space restricted situations, electric power is conveyed through underground power cables.

Power cable related faults are among the major causes of outages in medium voltage (MV) power distribution networks. Modern power cable technologies now use solid extruded insulation. In such cables most failure modes are associated with partial discharge (PD) activity.
The most vulnerable parts of the cable systems are the joints and terminations (cable accessories).

Partial discharges are therefore often regarded as both symptoms and agencies of power cable degradation.

Like cancer in human beings, ‘the holy grail’ in PD technology is the ability to predict the occurrence, mitigate the presence and more importantly accurately predict time-to-failure (death). In this article, the knowledge on PD technology (especially in the context of power cables) is reviewed, highlighting what is known and what is still to be known. Insights into the work currently being pursued by the authors in trying to shed light on the time-evolution phenomena of partial discharges in XLPE power cables are presented. As cancer is being fought from all possible angles, so should be the partial discharges in power cables PARTIAL DISCHARGES, in our pursuit for improved reliability in electricity supply systems.

The origin of partial discharges in power cables

In built-up environments such as urban areas as well as in generally space restricted situations, electric power is conveyed through underground power cables. The essence of power cable engineering is the ability to restrict the electric field within very confined (shielded) space. The insulation part of the cable plays this role and has dimensions in the order of a couple of millimetres in distribution voltages. In modern power cable technology the insulation is normally comprised of Cross-linked Polyethylene (XLPE).

A PD event generates energy in various forms. Some of the energy, such as UV radiation, causes localised degradation of the insulation in the discharge area. While the presence of PD energy is an indication of PD activity, the energy itself also further degrades the insulation such that partial discharges are often regarded as both symptoms and agencies of insulation degradation.

Sustained PD activity continuously degrades the insulation and over time will initiate a short circuit across the insulation, leading to catastrophic power failures.

Power cable failures account for most of power distribution system failures. Most of the failures are percussed by partial discharge activity in power cable accessories. Challenges associated with power cable faults are that location of the faulty part of the cable and fixing it is a relatively costly and time consuming process as the cables are normally buried underground.

Improved reliability of power cable systems entails early detection and mitigation of incipient PD faults. It is for this reason that for many decades researchers have consistently sought to understand PD phenomena and develop means of detecting and interpreting the presence of PD activity in the power cables.

A major challenge is that PD energy quantities are usually minute compared to the ambience. As an example, if PD current is the parameter being measured, a typical PD event involves a couple of tens of pico-Coulomb (pC) charge transfer in tens of microseconds. It therefore implies that PD current pulse magnitude can be in the order of one microampere. Measurement of such a minute current in an environment of typical power system load currents and electromagnetic interferences is similar to the proverbial search for a needle in a haystack! It is for this reason that extraction of PD signals from the noisy environment is a major frontier of research in PD technology especially in on-line PD detection. Significant progress, however, has been achieved in developing effective techniques of noise mitigation in PD diagnosis. In that regard most commercial PD measurement technologies have state-of the art PD noise management although there is still room for improvement.

Detection of cancerous cells in a human body is an important beginning of a diagnosis and prognosis process; such is the case with partial discharges. Once a PD has been detected the implication thereof on the insulation integrity and life of the cable has to be determined through informed interpretation of the PD signal. The ability to locate the PD defect and especially in lengthy power cables buried underground is critical and again this is a major area of research. Once located, the nature of the PD defect has to be determined. There are different types of PD defects such as corona in air, air-filled cavities embedded in the insulation, surface discharges and electrical trees in the insulation. Different types of PDs have different severity effects on insulation. As an example corona in air would normally not be of a major concern in power cables compared to air cavities in the insulation.

The ability to recognise and classify PD defects is therefore cardinal in PD diagnosis. This requirement has and is still a major preoccupation of many researchers. Significant knowledge in that regard has been accumulated thus far from various research efforts around the world. In some equipment under known conditions, PD signals can be considered as signatures for typical known defects. Off-the-shelf PD diagnosis equipment is now available that is able to automatically locate and recognise partial discharge sources but the technology is not yet mature. The ideal goal of PD diagnosis is to be able to accurately predict the remaining life of equipment. However, for anyone with the slightest knowledge of PD phenomena, this is still a ‘holy grail’!

For medical doctors to reasonably predict the remaining life of a terminal cancer patient, the various time-tagged phases of cancer progression in the body have to be known. Similarly, in PD technology, researchers are obsessed with the search for an understanding of how different types of partial discharges evolve from inception to complete insulation failure. It is hoped that such knowledge will be a firm springboard for efforts in predicting the equipment’s remaining life based on PD diagnosis.

PD mechanisms in solid polymeric insulation such as XLPE are now known to evolve through different physio chemical processes as the insulation degradation progresses towards complete failure under continuous exposure to PD activity. In broad terms, the evolution stages are: virgin, moderately aged and severely aged. At every stage, certain defect types such as air-filled cavities in solid polymeric insulation have signatory features such as PD current (voltage) pulses shape, pulse repetition rate or frequency spectrum or phase-resolved-pattern (PDPRP). How PD signatures vary as a function of insulation type, equipment type, environmental conditions such as temperature and many other factors is still very much a subject of research. Only when those phenomena are fully understood will prospects of predicting the remaining life of equipment based on PD diagnosis be realistic. It is in this context that the authors of this article have on-going research in studying time-evolution behaviour of typical PD defects in MV XLPE power cable terminations installation defects.

Experimental results obtained thus far show that each PD type in the cable terminations gives distinct PDPRP signatures as shown in Figure 6. Although the experiment is ongoing until cable failure, the initial results as presented in Figure 7 show the following:
– The PD intensity generally increased with time.
– The PD magnitude of the semi-con feather increased initially and then decreased.
– The PD magnitude of the tram-line and ring-cut defects decreased after 2 hours then increased in the next 4 hours.

The presence of discharge near the zero crossings of the voltage wave indicates the influence of residual charge in the discharge area. On the other hand, the observed changes within the 4 hours of ageing time could merely be the initial unstable transitions of PD at virgin stage, which would later on stabilise. It is acknowledged that at this stage of the on-going research, the PD data sets are not sufficient to enable deriving conclusive information. Therefore, as the measurement data accumulates, comprehensive statistical analyses of the PDPRP would be implemented to extract more information about the trends.

Partial discharges can be regarded as the ‘cancer’ of power cable insulation and therefore need to be managed effectively for better reliability of MV distribution power systems. Although significant knowledge on PD has accumulated over the years resulting in availability of commercial PD diagnosis equipment, there are still challenges related to prediction of remaining life of equipment. There is, however, hope that current research thrusts in the understanding of PD evolution phenomena in specific equipment like power cables will shed light on the possibilities of predicting equipment time-to-failure.